15 Of The Best Things That Happened At LFW A/W15

by Lareese Craig Published on 25 February 2015 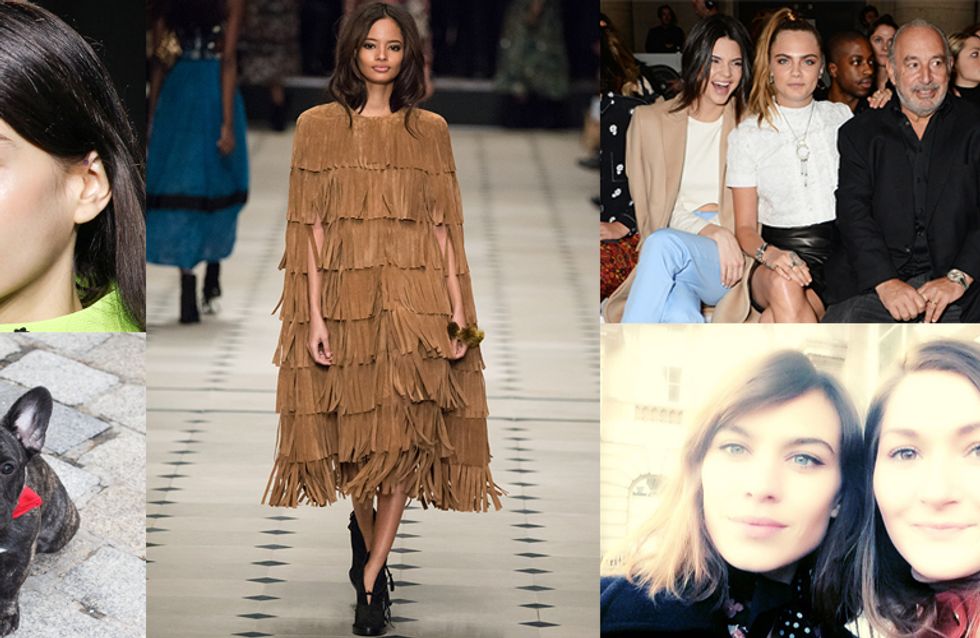 It’s a wrap! From the best dressed French bulldog we've ever met to rubbing shoulders with Alexa Chung. Natch. Here’s 15 major moments we'll be taking away with us from LFW A/W15.

The Mother of fringes

That time Burberry showed us how to do fringing outside of festival season.

Matthew Williamson went all zodiac on us

The gemstone palette was everything.

When street style went to the moon and back

Street style is always the shiz at LFW but this season was out of this world.

Topshop Unique's petrol-navy mani got us craving the dark side.

LFW went out with a bang when Anya Hindmarch created an all singing workmen finale. Road signs on jackets and car freshener charms... I mean she even put Little Chef on a bag. The inspiration behind her collection? London's uninspiring M25.

A new kind of camo at Asish

Because even tomboys have a softer side.

When vital coconut water wasn't the most Instagrammed drink. How could this be?

There were actual hair beards at Vivienne Westwood

Then again of course there were.

Cara might have been late due to partying, what's new, and flown in on a PJ from Japan thanks to Sir Phillip Green (yeah, that happened) but Topshop still made it for the best in frow. So many IT girls in once concentrated space. We can't cope.

We talked filters with the Chungster

Possibly one of the highlights of my entire life. She likes the transfer/instant filters if you were wondering.

Finally! A way to wear yellow eyeshadow without looking like we've spent a week in a cupboard under the stairs.

You've heard our LFW highlights, now we want to hear yours! Tweet us @sofeminineUK

13 Celebrities That Tried Their Hand At Fashion Modelling