These Heels For Babies Are Every Parent's Nightmare

by Lareese Craig Published on 7 April 2017 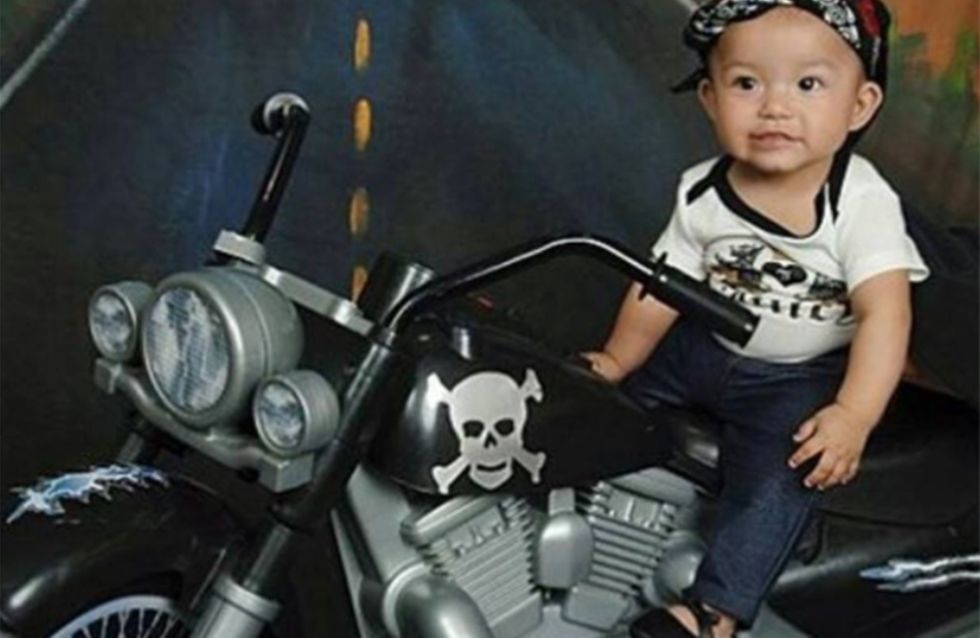 'I just want my baby to be an inch taller in photos', said no mother ever. In the latest fashion faux-pas news, heels for babies have arrived and they're as heinous as they sound, if not worse. Unsurprisingly, parents are less than impressed with the 'infant crib shoes', designed by company Pee Wee Pumps, and it's not hard to see why.

You know that new-mum bubble they talk about? Well, Pee Wee Pumps are here to burst it. The American company (not to be confused with what sounds like it should be a willy pump) has created the most offensive shoes known to man. Yes, they're worse than Crocs. They've designed a heel for your babies, but don't go getting all precious and offended about it because they're only meant for photos, not for actually strutting around the ball pit so that makes it OK (ahem).

Funnily enough, the 'infant crib shoes' haven't gone down too well with parents, with some calling them 'hideous' and 'sexualising' while one Twitter user published the following tweet:

@PeeWeePumps Consumer feedback: the idea behind these products is hideous. That's a new person you're talking about, not a fashion accessory

The company was quick to defend the baby heels, telling Metro.co.uk: "They are intended for 0-6 months ONLY. Babies are not walking at this age so it does not impose any danger to the child, nor are they damaging to a baby's foot since they are made of cotton.

"Pee Wee Pumps are regarded by most people-to be a photo prop just as tutus, headbands or lacey [sic] rompers that parents also use in photo shoots." So just to be clear, your nippers don't actually wobble around in them, breaking them in early in preparation for when they're 18 years old - this IS good news. But, we can't help but think baby photo shoots were kinda doing OK with the tutus and the headbands but that's just us.

Can you see the fun side of heels for babies or are they just plain wrong? Tweet us @soFeminineUK

Meet The Shibue: The Underwear That's Smaller than A C-String But Every Bit As Horrendous