by Lareese Craig Published on 21 October 2014 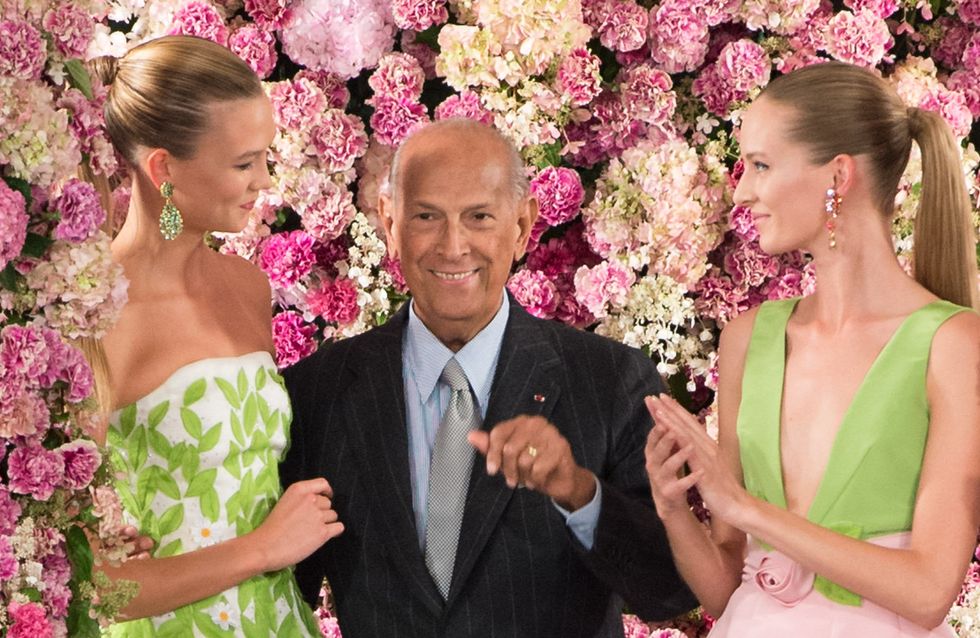 The fashion world is in mourning today as iconic designer Oscar de la Renta has died after a long eight-year battle with cancer. The longtime fashion doyen dressed some of the world's most glamorous socialites and film stars including Audrey Hepburn, Princess Diana and Sarah Jessica Parker. In a warm farewell to the industry's best visionary, we take a look at 10 of the best things he did for fashion.

Oscar de la Renta, legendary fashion designer and 'King of Evening' has died aged 82. Renowned for his elegant red carpet creations and drastic glamour, not to mention his bridal gowns, he fast became a favourite amongst celebrities including Taylor Swift, Sarah Jessica Parker and Cameron Diaz.

In homage to his breathtaking designs, here's 10 of the best things Oscar de la Renta did for fashion.

5. Taylor Swift perfect in pink at this year's Met Gala

6. Emma Watson in bewitching charcoal grey for the Harry Potter and the Deathly Hallows Part 2 Premiere 2011

And in the famous words of the supermodel, "There is no one on earth who makes a woman feel more beautiful than Oscar de la Renta." You'll be missed Oscar!

Got a favourite De la Renta design? Tweet us @sofeminineUK

22 Signs You're A Secret Shopaholic

What Is Normcore? The Fashion Trend Where Blending In Is The New Standing Out

19 Types Of Heel: The Savvy Guide To Shoe Shopping