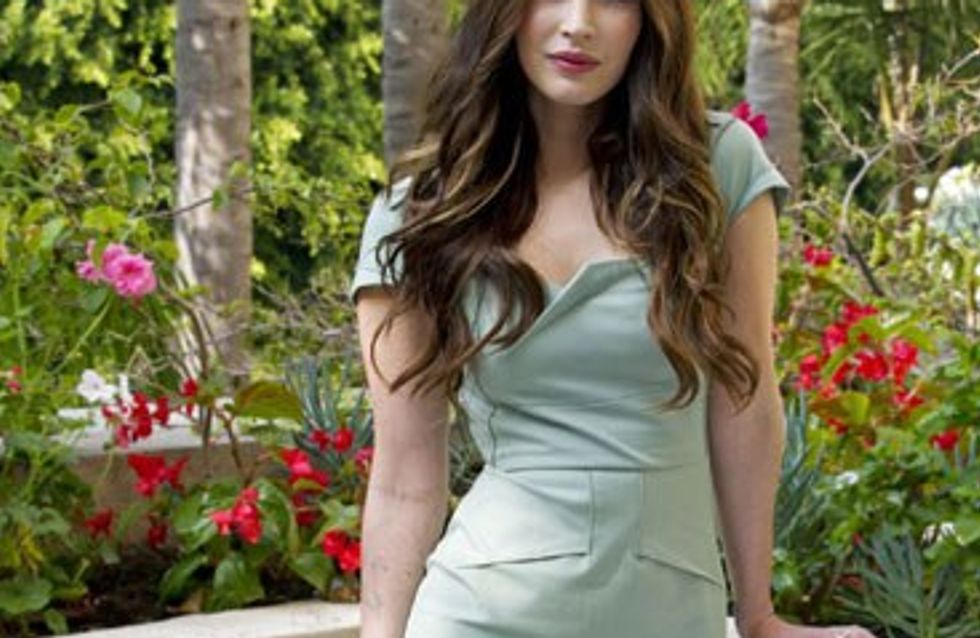 Megan Fox does not look like a woman who gave birth just two months ago.

It appears the Transformers actress has wasted no time in getting back in shape since she and husband Brian Austin Green welcomed son Noah in September.

Since her son came along, naturally slim Megan has covered up in baggy jumpers and leggings, but yesterday she decided to show off her body in a figure-hugging light green dress.

And we don't blame her.

Though its colour was a little dull and washed out the 26-year-old's pale skin tone, the dress' origami-style pleats and panel detail flattered Megan's slender figure.

She completed her look with a pair of studded nude heels and gold hoop earrings.

Attending a Los Angeles photocall for her new film This Is 40, Megan looked perhaps more demure than ever as her huge Marilyn Monroe tattoo on her right forearm has almost disappeared.

She's undergone numerous laser treatments to get rid of the etching of the iconic blonde bombshell, who died in 1962 at the age of 36.

Last year Megan told Italian magazine Amica: "I'm removing it. It is a negative character, as she suffered from personality disorders and was bipolar.

"I do not want to attract this kind of negative energy in my life."

Casual look
by the editorial team

Cream dress
by the editorial team

Gladiator vibes
by the editorial team

Metallic
by the editorial team

Sequin chic
by the editorial team

Stylish stripes
by the editorial team