Home / Beauty / Hair / Uncombable Hair Syndrome Is A Thing, And This Girl Has It

Uncombable Hair Syndrome Is A Thing, And This Girl Has It

by Pascale Day Published on 3 August 2017 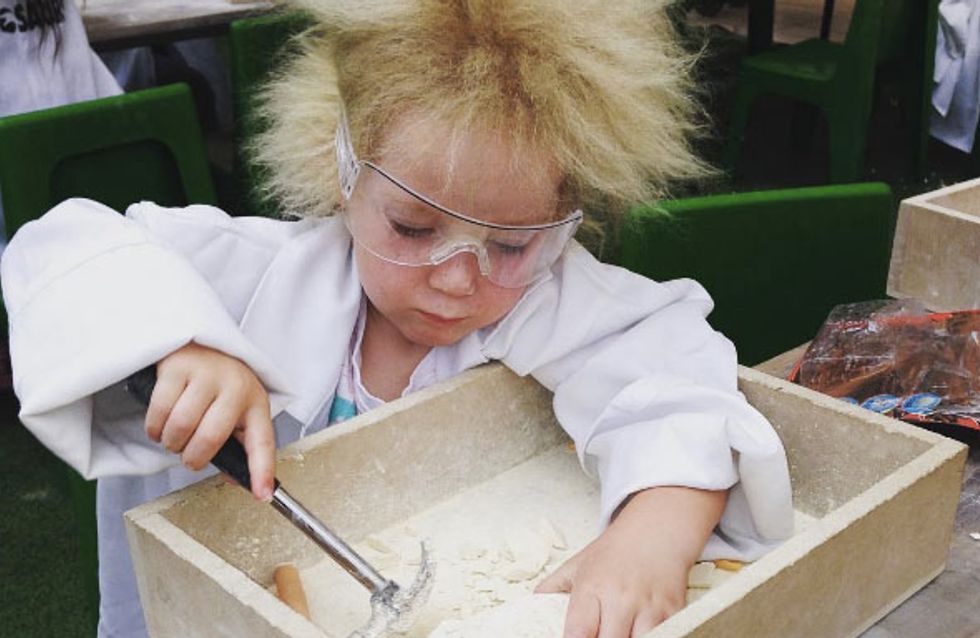 Medical issues are mostly scary but we can't help but think the results of seven-year-old Shilah's condition - which gives her the hair of a mad scientist - is super cute.

Shilah Madison Calvert-Yin is a seven year old from Melbourne, Australia, with a very rare condition known as "Uncombable Hair Syndrome". I know, I know, it sounds totally made up and kinda like what our hair suffers from every morning when we've fallen asleep while it's wet.

But it's a real condition, caused by a collection of gene mutations. Sufferers from the disorder have dry, frizzy pale hair that is pretty much impossible to comb down as the name suggests. It mostly occurs in early childhood, but can develop as late as age 12, according to the National Institute of Health.

Shilah embraces the way she looks & has so much attitude & confidence that she just rocks her own style. #uncombablehairsyndrome

It might look like the condition would be easy to diagnose upon looking at the untameable mane, but a proper diagnosis involves splitting the hairs in half and placing them under a high-powered scanning election microscope, says Science Magazine. Straight hairs appear round and curly hairs appear oblique while uncombable hair is triangular or heart-shaped at the cross section and grooved from root to end.

Bed hair??? Why is my brothers so perfect... #uncombablehairsyndrome

Only around 100 cases of Uncombable Hair Syndrome have been recorded - with Shilah being one of them. And the little girl, who developed the condition at around 3 months old, loves her unusual barnet, telling Daily Mail: "I think my friends wish they had hair like mine."

Scientists say there is currently no cure for UHS, but Shilah doesn't need a cure - with over 1,500 followers on Instagram already, we think it's safe to say her hair is now her thing.

Do you think Shilah's hair is cool? Let us know! @soFeminineUK

Cute Curls Are Back! Here's How To Rock A Perm

Forget Space Buns, Macaron Buns Are The Tres Delish Trend Of The Summer