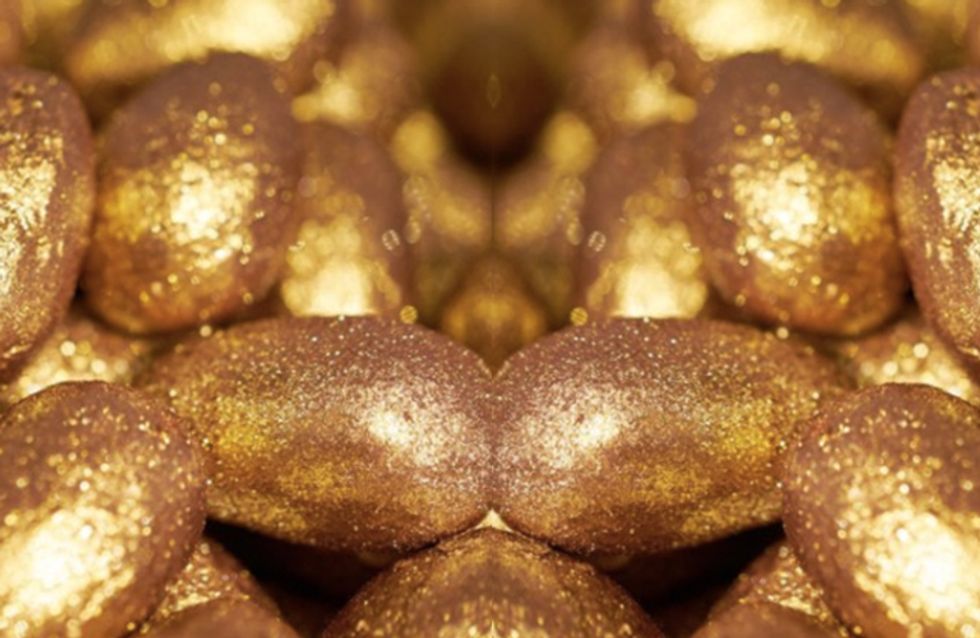 In the same week that a YouTuber wiped an egg on her face instead of using her Beauty Blender, people are now stroking bath bombs on their face to make... highlighter. Oh yes, in a big up yours to the chicken's humble makeup hack, those fizzy balls of joy we love chucking into our tub at the end of a hard day are now so much more than the sandy but beautiful deposits left around the rim of our tubs. But our cheeks ain't happy about it.

Just because something could work, doesn't mean you should do it. I mean, I could in theory use my chocolate protein powder to fashion a soft taupe eyeshadow but I don't, because it's unnecessary and weird and Mac do it better. I could even use a slice of white fluffy extra thick bread to dab my face after I've cleansed instead of using my trusty muslin cloth, but I don't because I'd rather toast it in my sarnie maker with some mofo cheese and onion in it and give that bread the life it so deserves.

That said, there's no denying that the DIY makeup scene is popping right now and don't think for a minute this lot draw the line at eggs. Apparently the latest way to get glowing is by rubbin' the glitter from your favourite bath bombs on your cheeks. That's right, that glittery Snow Angel bath bomb from Lush you've been reserving since Christmas for a special occasion - well, it's finally time to chafe yourself with it.

When your lush expert friend @amywebber_ recommends the golden egg bath bomb to use as highlighter too @lushcosmetics 😍⚜️💫✨ pic.twitter.com/LhmAuDMieg

*goes to lush to rub our fingers on a bath bomb to use as highlighter* @omgemiIy pic.twitter.com/NBLC2nyAGd

But while we can appreciate the bath bomb does come up trumps for pigmentation (case in point these snazzy pictures above), little can be said for its skin benefits. Turns out bath bombs aren't really meant to be rubbed on your face, they're meant for diluting in bath water...or summin' like that.

Even if you don't directly grab hold of that bath bomb and rub it all over yourself, even if you just take a small swipe with a light finger and dab it on your cheeks, it can still cause skin irritation due to the sodium bicarb and citric acid content normally present in bath bombs.

Andy Millward, facialist and aesthetician told The Metro, "Sodium Bicarbonate is alkaline with an 8.4pH which is much higher than the skin's healthy pH of between 4.4-5.5. When used in a large bath full of water it's safe, however used neat it's likely to cause dryness as a result of the skin's chemical barrier function known as the acid mantle. Using citric acid on your face is an equally bad idea [...] using it in neat powder form is likely to cause a lot of irritation."

Do you think the DIY beauty has gone a step too far now? Tweet us @SofeminineUK!

Can We Stop Using Weird Objects To Put On Our Makeup Now Please?