by Lareese Craig Published on 2 September 2013 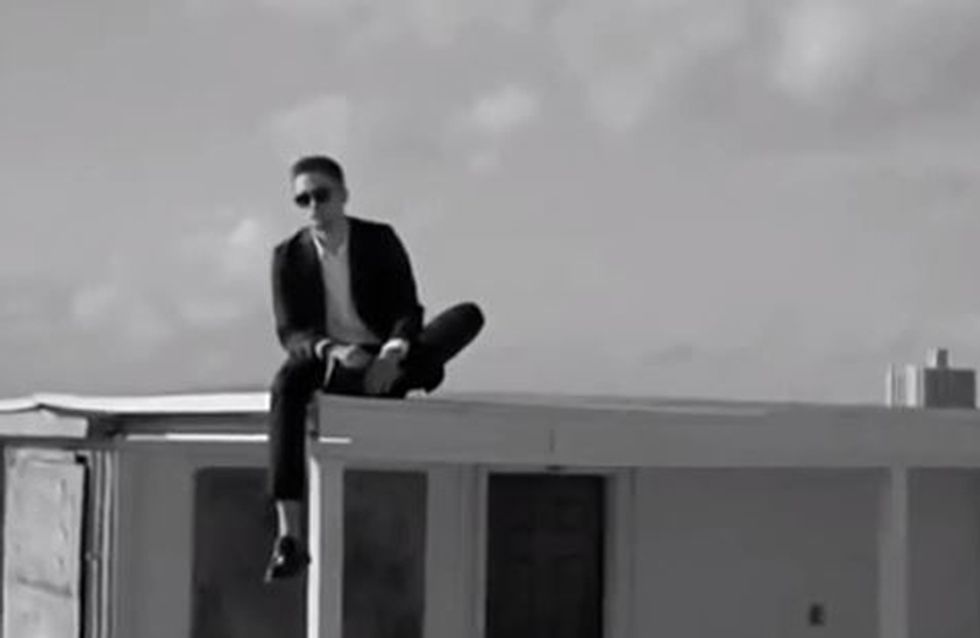 In need of a Monday pick-me-up? We've got just the ticket. For months now Dior has drip fed our Robert Pattinson obsession with topless teasers and bath tub snaps but now they've unveiled the full shebang and wow was it worth the wait. See patience IS a virtue. Get ready for some Twilight torso.

For months now Dior has been teasing us with topless clips and smouldering bath tub shots a plenty but we now can get back to a normal level of R-Patz stalking now that the full Dior Homme campaign has landed.

The pieces of the Twilight hottie jigsaw puzzle can finally go together as the one minute Dior campaign hits our screens.

Speeding across a beach in a chic convertible, plunging into deep water and running across rooftops, Robert Pattinson looks hot no matter what stunt he's pulling.

But it's not all action adventure as the softer side to Mr Pattinson is brought out by none other than lucky model Camilla Rowe.

Taking a tumble between the sheets, smooching and caressing - there's even a beach-side carry in there somewhere. Swoon.

How much would you pay to be that girl?

The delicious Dior ad finished with R-Patz fluffing up his collar and staring moodily down the lens. It's yummy to say the least.

Was the Dior Homme ad worth the wait? Tweet us your thoughts @sofeminineuk.

#TreatYoself Pay Day Haul: Fashion, Beauty And Everything In Between
by the editorial team