One Night Stands, Shopping Habits & Diets: 25 White Lies Every Girl Is Guilty Of

by Lareese Craig Published on 8 January 2015 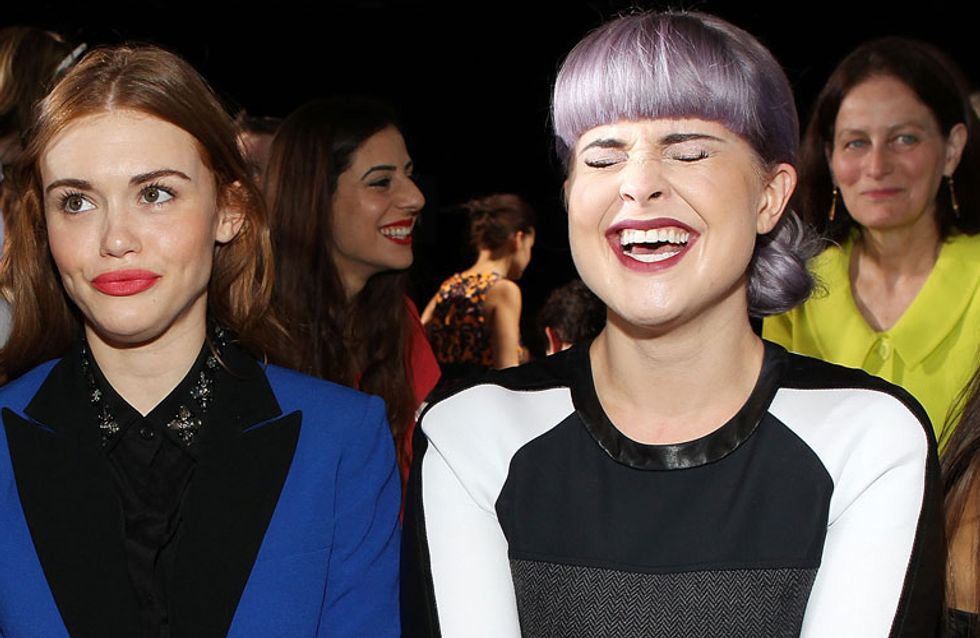 Men lie a lot. Women tell the biggest lies. That’s how the saying goes but whoever came up with that got it all wrong. If we ever find ourselves in a situation that’s gonna make us look bad we’re gonna worm our way out of it with those sweet little white lies. And aren’t we just effing awesome at it. Here’s 25 little white lies every girl tells - every once in a while.

We've gotta hold our hands up, even if it's just to give ourselves one giant pat on the back. Girls just love to tell fibs! It's not about being dishonest, it's mostly about fabricating the truth so that we come out looking better.

Most of the time we’re entirely innocent and let’s just emphasise these are harmless white lies. We’re not about to tell you we love you when we don’t (ahem).

Whether it's to our boyfs or our besties, here's 25 white lies every girl is guilty of.

The idea of figure faking is so much better than the reality. We'll have you thinking we're an 8 instead of a 10 but then you'll fluff up our master plans by trying to be all nice and buy us something. One more thing for us to never wear and return then!

2. What we ate for lunch

We'll gloat about our healthy lunch of kale, avo and sweetcorn but conveniently forget to mention the whole packet of Twirl Bites we munched through at 3pm. Wait, did someone order pizza to the building? Yeah we had NOTHING to do with it.

When that one annoying colleague remembers exactly when you say you're going to work out. Every. Single. Time. It's like she's on commission for Herbalife or something. The truth? You went home and sat on your arse with a box of Malteasers and thought about how good it feels to be doing Jack sh*t.

Boyfriend: "Do I hear bags in the hallway."
Us: "Yeah, but it was all sale stuff so really I saved money" (scurries upstairs to shred receipts).

We've all read text messages and thought we'll reply later. Much later. It usually starts with, "I'm sorry I've only just seen this." Throw in the occasional use of 'hun' and 'babe' and you're flying. PS if texts were anything like Whatsapp we'd be screwed. That thing knows everything.

"I'll be right there I'm just leaving..." She muffles from the depths of her duck feather quilt. Here's a thought, what if one day our bed doesn't hold us hostage and we're actually doing what we say we're doing?

Rule number 1: Girls talk. So you swore you wouldn't tell, but the gossip was just TOO juicy. If this backfires just remember you'd never talk sh*t behind her back. Bottom line.

Whether it's applying for a job, on a date or just an everyday introduction, it's never too early to subtract a year or three.

We return clothes when they don't fit, but also after having worn them a few times/ruined them completely/vomiting down the front of them. Luckily we manage to stick the tag back in and remove all traces of... but that's none of your business.

Downton, Made In Chelsea, Gogglebox they can all wait because we just love watching football with you.

Hot girls stripping off and gyrating on various objects (which at some point might include your penis), can't think why we wouldn't be cool with that.

About that... zero fun was had. The whole thing was just sucky.

It was pretty tame, you were totally sensible for once and you definitely didn't attempt to get naked everytime they played Beyonce.

It's a theory of obligation. Someone buys a new outfit, it's girl duty to tell her she looks nice. Your friend's dyed her hair, it's way easier to say it looks nice than to ask if she gave them a picture of David Bowie.

*Sits on bed and stares at wardrobe*

If we're out on a date with you, chances are we're gonna want to eat your arm by the end of it. But it's fine because we're not even hungry. Promise.

We're gonna need at least three months before we even admit we burp let alone fart in front of you. Gotta love those stomach gurgles. SO romantic.

Dare you to swing on it.

Please. Even when there's no filter, there's a filter.

All those girlfriends you have, we heart them. We're just glad everyone loves you as much as we do because let's face it we LOVE competition.

Things would be a whole lot better if you could un-see everything that was said last night.

24. I'm not wearing any makeup

Who are we kidding? It takes makeup to look natural.

25. Not eating a thing all day

What can we say? Girls and exaggeration go together like Carrie and Cosmos.

What white lies are you guilty of telling on a regular basis? Tweet us @sofeminineUK

The Girl Code: 23 Things Every BFF Should Know

Emotional Breakdowns, Crippled Feet & A Banging Head? Why Girls Nights Out Are SO Overrated