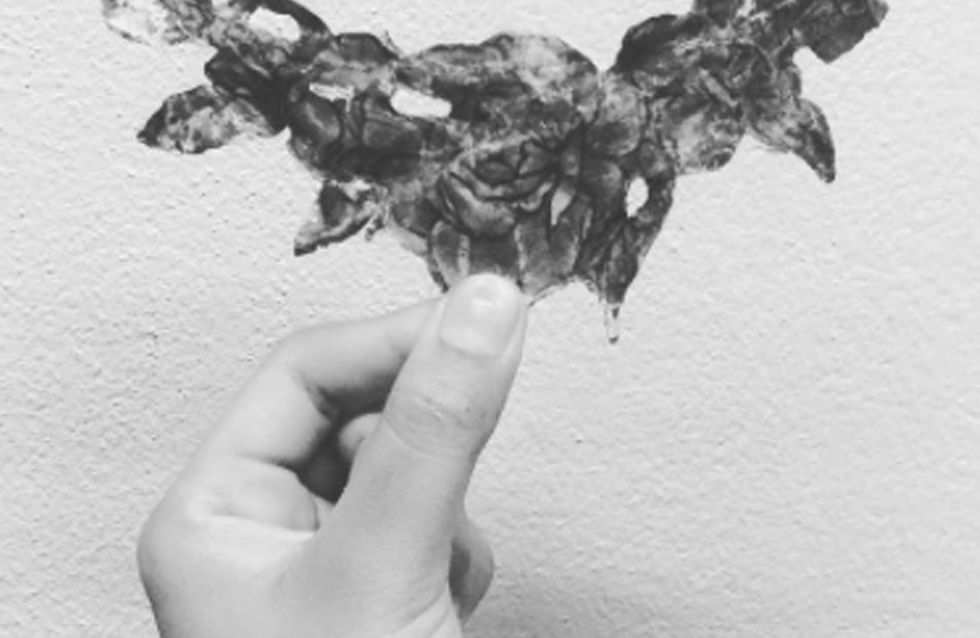 SPOILER: Contains grim images. As if the prospect of permanently scarring your skin with artificial ink wasn't terrifying enough, Pasuda Reaw comes along and recalls her horror story of that one time her chest tattoo fell off, leaving her scarred for life - and not in the way she expected her intricately-designed tattoo to.

Word of warning, kids: don't go through with that tattoo appointment unless you can 100 per cent guarantee you won't ever come to regret it. Especially, if you've planned said inking on a very visible body part. Pasuda Reaw learned this the hard way when she decided she'd had enough of the colourful design emblazoned across her chest and decided to have it removed.

Reaw opted for a technique known as Rejuvi which involves applying a removal cream using the same needle used for tattoo drawing. A chemical in the cream gradually breaks down the coloured skin pigments and the inking eventually becomes a scab that's supposed to be easy to remove. But what Reaw wasn't prepared for was just how easily the tampered tattoo would come away from her skin.

She documented the long, painful process on her Instagram account, showing the horrifying extent of the infection the bare skin contracted. The wound was puss-y and bled easily with the design eventually detaching from her skin but while the worst of it may be over, Reaw has a constant reminder of the ill-fated tattoo as the removal technique has left a raised, red scar in the shape of the original design and it's still visible three months on.

Let this be a lesson to us all.

Do you have a similar horror story to share? Tell away @soFeminineUK

These Two-Week Tattoos Are A Commitment We Can Actually Make