Canadian beauty Carly Rae Jepsen has ditched her brunette locks in favour of a brand new colour - a deep auburn red complete with foxy fringe! The star just tweeted a pic - and we're convinced - red is her colour!

Not everyone can get away with going ginger, but singer Carly Rae Jepsen definitely can. The star tweeted this hot pic of her brand new do saying: "I always wanted to go red."

Now she's living her flame haired dreams. The 27-year-old's new image make-over was well received by her fans who have been gushing their praise via tweet.​

It seems like the pint sized star was thinking about going for a change for a while, but finally plucked up the courage to change up her look. The day before the colour change she teased fans by tweeting: "At the Salon- doing something drastic

" It turns out her firey red locks are a change for the better. 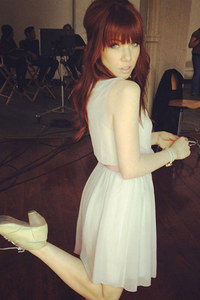 We think red was made for her! Despite being known for her trademark poker straight dark brown tresses, we think it won't take long for Carly to make red all her own - just like these celebs: 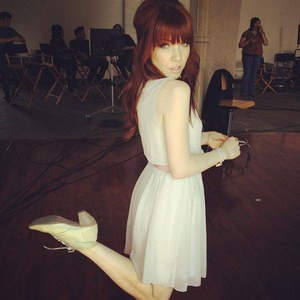