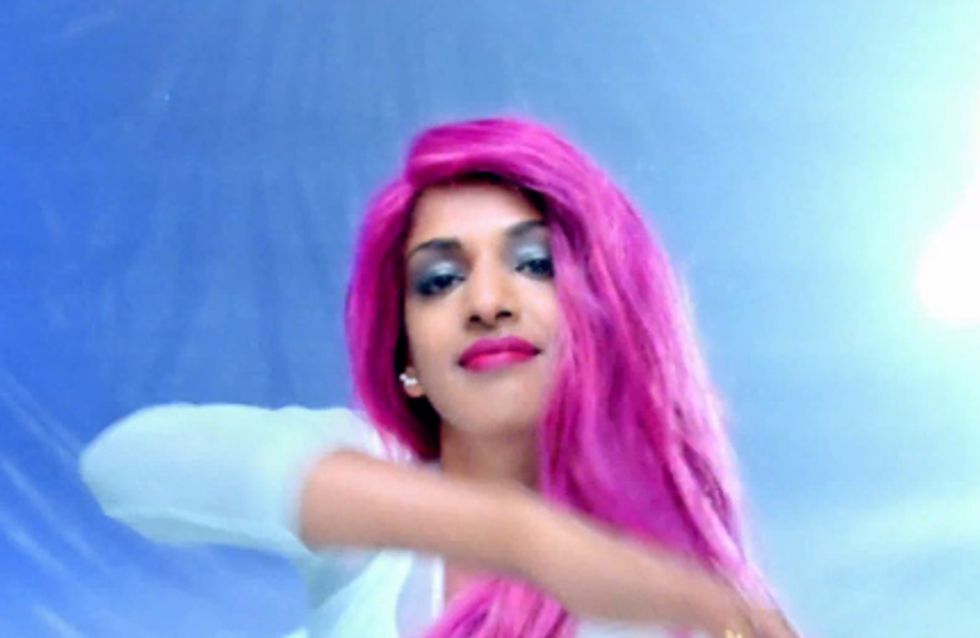 If you're going to make a comeback you've got to do it in style - and that's totally what M.I.A is about with her fierce new sound, 'Bring The Noise' where she showed off a hot new look. With a shocking pink hair colour, bright blue eyeshadow and a seriously blingy manicure, this girl is all about the wow factor.

It looks like Jessie J isn't the only musician digging pink hair this week, as rapper M.I.A has just showed off bright pink tresses in her new video for her latest single, 'Bring The Noise.'

It might be a huge wig that she's sporting, but at least we know the shade suits her if she ever did want to commit to this popstar hue.

Her fans have already been going bonkers for her new tune - and have been equally excited about the brave bright make-over.

As well as huge pink hair, in the 'Bring The Noise' video, M.I.A is wearing a baby blue tracksuit, eighties blue eyeshadow and a bubblegum pink lip - and if there weren't already enough statements going on in that lot, she's also got metallic nails with embellished nail charms too.

The 'Bring The Noise' tune is typically M.I.A with a militant bass and an ever energetic vocal from the star. The single is from the rapper's upcoming album, "Matangi," which is set for release this autumn. And if her in-your-face new look is anything to go by, the whole album is gonna be fierce.

Check out the video below.

Loading...
by Ursula Dewey
Be the first to see what's going on behind the scenes at Sofem