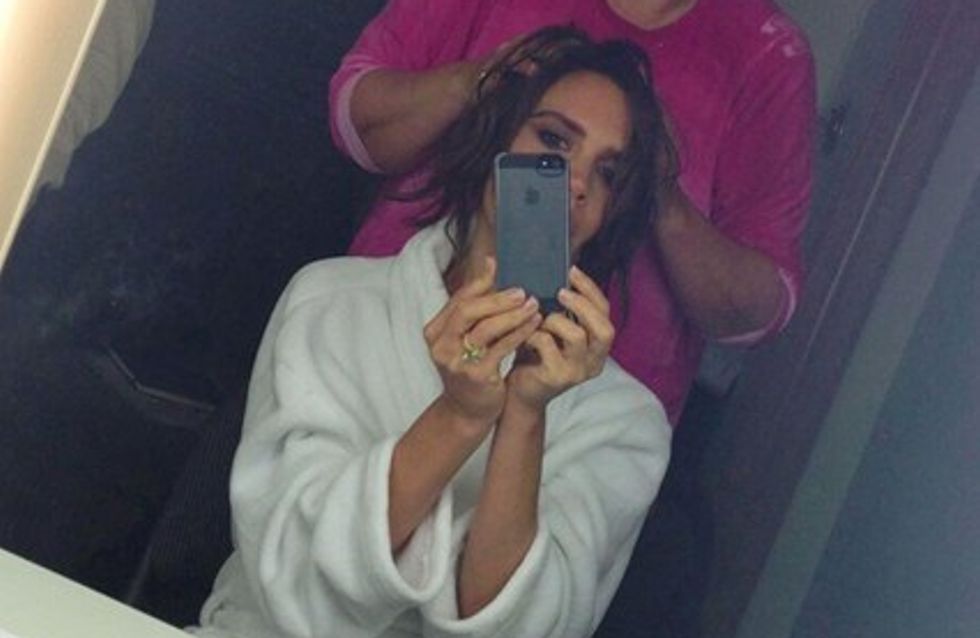 Victoria Beckham's eternal question? Short hair or long hair? The star has long pondered this hair conundrum and has just decided to chop off her locks to debut a new short hairstyle do once more.

Victoria Beckham appeared to have chopped off her hair today when she tweeted a picture of herself supposedly sporting a Pob - that's a Posh Bob to you and me.

With wavy locks and her usual chocolate hue it's not a big change in the style but it looks like there is loads off the length.

We know Victoria Beckham can get away with just about anything when it comes to her hair - she's tried all sorts from a blonde pixie crop, to WAG-tastic waves and everything in between - now it seems a new era of short hairstyles is ahead.

The star has just turned 39 and with a fashion empire to run, four children to manage and David Beckham to style, maybe she just doesn't have time to tend to those longer tresses any more?

In any case we're itching to see a picture of the final result - without her smartphone in front of her face! Come on Victoria - tweet us a proper pic! We're sure it looks lovely!​