by Ursula Dewey Published on 22 September 2014 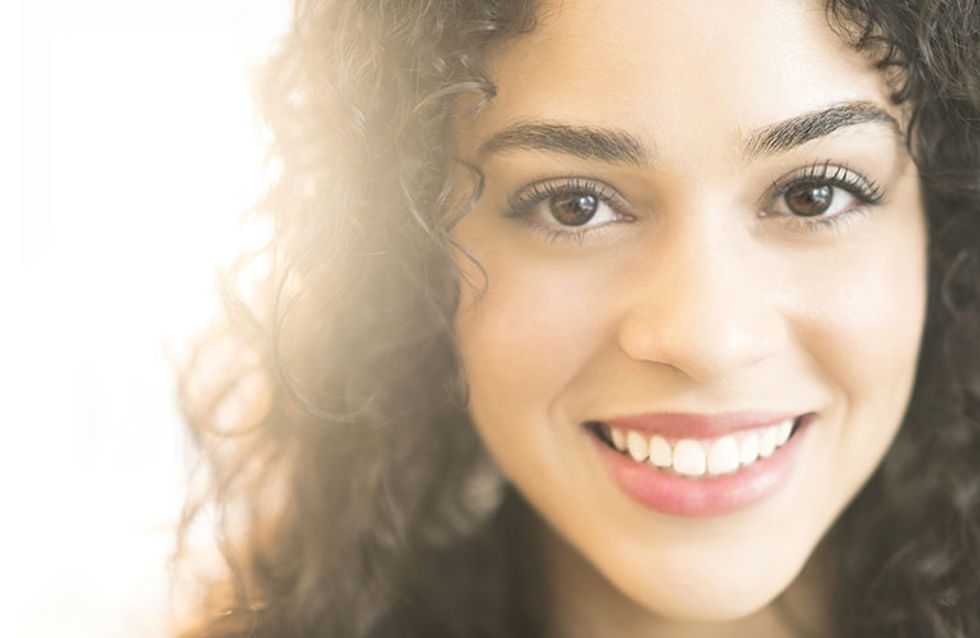 If you've ever wondered what it is like to have cosmetic surgery, you're in the right place. One of the most important things to do when considering any cosmetic surgery is to make sure that you can speak to your surgeon's former patients - preferably those who have already had the exact same procedure you're going for. We teamed up with Spire Healthcare to hear the stories of four women who've had surgery. Here are their stories...

Whether it's a lack of confidence, a way to treat yourself, to give you back your pre-baby body or simply discover a new lease of life, there are plenty of reasons people go under the knife. However, it is never a choice taken lightly, and these women have first hand experience of cosmetic surgery. Considered, brave and empowered by their results, here are their cosmetic surgery testimonials, in their own words.

Having had twins at a very young age, Tara became increasingly unhappy with how her chest looked. She explains; “Child birth really affected my breasts, and even though I was never big before, I decided I wanted to have something done about it.”

Tara (25) owns her own hairdressing business, so led an extremely busy life when her children were young. When they turned 11 she felt it was the right time to do something for herself.

Tara had spoken to colleagues and friends who had undergone successful breast augmentation at Spire Southampton Hospital. She says; “I had no problem in choosing where I would go as I’d heard such good things about Spire and was really impressed with the results I’d seen from friends and colleagues.”

Tara underwent a breast augmentation in July this year with Consultant Plastic Surgeon, Mr Mansoor Khan, which took her from an A cup to a DD. Tara says; “I was clear to Mr Khan I didn’t want huge breasts, I wanted them to look very natural so no one would guess they were implants.”

The procedure took approximately one and a half hours and Tara was well enough to go home to recover the following day. She says; “I was given lots of guidance and information to go home with, so I knew how to take care of myself and there was always support available if I needed it.”

It took Tara a week and a half before she felt back to normal. As the procedure was less than two months ago, she is still in the late stages of recovery: “I’m still living in sports bras, but am looking forward to wearing the nice clothes and pretty underwear that I’ve always wanted to.”

Since a young age, Katie felt uncomfortable with the size of her breasts. She explains; “I was not even an A cup, it was just breast bone, and I felt like I had a boy’s figure.” It affected her confidence and after being told by doctors she might still grow, Katie waited until she was 21 until she decided to look into the option of cosmetic surgery.

A number of friends and family had undergone breast augmentation procedures at Spire Bushey Hospital with Consultant Plastic Surgeon Mr Jag Chana, and Katie had been impressed with the results. She explains; “I loved what I had seen and knew I wanted to see Mr Chana. I did look at other hospitals, and there were cheaper options, but I felt they didn’t offer the quality of after care you get with Spire.”

On the day of Katie’s consultation, she was very nervous. She explains; “I didn’t really know where to start when it came to sizes, so my surgeon gave me all of my options and guidance to help with what I expected as an outcome. I tried on a sports bra with lots of different implants and came to the decision to go for an E cup.”

Katie was excited about the life-changing decision, but also felt anxious. She says; “I have a terrible phobia of needles, and was extremely worried the day of my operation. Immediately the nurses at Spire Bushey made me feel at ease and completely comfortable, so the experience was not at all stressful.”

Katie took three weeks to recover after the procedure before she was back at work and driving. “The aftercare I received was brilliant. There was always someone on the other end of the phone if I needed them,” she says.

The first thing Katie did after her surgery was to go shopping for some pretty bikinis for her holiday the next month. She explains; “I have never been able to confidently wear a bikini before, and in the past always wore a t-shirt to cover up, so couldn’t wait to show off my new figure!”

Even from school age, Emma did not feel happy with the size of her breasts and this continued through to her twenties, causing her to consider cosmetic surgery. She explains; “I work as a beauty therapist, administering non-surgical cosmetic treatments so am aware of potential risks that cosmetic procedures can involve.”

Emma’s major concern was that she be treated by a reputable surgeon. She explains; “I had heard about people going abroad for surgery, and knowing how important good after care is, I decided to go to my local Spire hospital.”

Emma saw Consultant Plastic Surgeon, Mr Ivan Foo at Spire Elland Hospital. During her consultation, Mr Foo used an interesting technique to ensure she made the right choice in size. Emma explains; “We discussed sizes and Mr Foo recommended I go out and buy the bra size I thought I wanted and then fill the cups with rice wrapped in cling-film! It actually worked, and I settled for a DD cup.”

After surgery, Emma stayed in hospital overnight and was sent home with tips on after care and spent two weeks recovering. She says; “I thought I would be in more pain, but just felt a little uncomfortable.”

A specialist cosmetic nurse was on hand any time Emma wanted to call. She says; “It was reassuring to know someone was on the end of the phone if I needed them.”

Emma has some words of advice for anyone considering cosmetic surgery ;“It’s very important you pick a credible hospital and surgeon. I met the surgeon who would be carrying out my operation at the first consultation, not a salesperson, which made a big difference to me.”

Emma is thrilled with her new look, and newfound confidence. She says; “I feel really happy with my decision. My clothes fit better, and now I can happily wear a bikini!”

Naturally slim Janet (56) began feeling self-conscious about her neck when she started receiving comments from friends and family. She says; “People were commenting that I needed to put weight on, as my neck was looking haggard, I was horrified!” Janet had previously loved wearing her hair up, but felt she couldn’t anymore and just wanted to keep her neck covered.

Janet tried various creams, treatments and facials, but nothing hid the signs of aging, so she decided surgery would be her best option. Having previously had a breast augmentation at Spire Portsmouth Hospital, Janet says; “Choosing a hospital was easy. I wouldn’t entertain going anywhere else after the fantastic experience I’d had at Spire.”

Janet discussed the different options available, such as facelifts and neck lifts, during her initial consultation with Consultant Plastic Surgeon Mr Tim Mellor. “There was no pressure on making a decision, Mr Mellor told me to go away with information and think about everything before committing,” she says.

Janet decided on a half facelift, and underwent the four-hour procedure. She says; “The nurses were lovely; very attentive and caring. Nothing was too much trouble and I felt like I could ask even the silliest of questions!”

After the procedure, Janet spent one night in hospital before recovering at home. “Lin Mellor, the cosmetic nurse gave me her personal mobile number to reach her any time of the day or night, which I thought showed real dedication to my care, she says.

“Now with my confidence back, I can wear my hair up again, which is something I had stopped doing as I was so self-conscious.”