He's Back! Justin Bieber Strips Down To His Undies For New Calvin Klein Campaign

by Lareese Craig Published on 7 January 2015

Skateboard accidents aside Justin Bieber's been pretty quiet lately but we'll forgive him as it looks like he's been working out like a ninja. He's just landed the face (and crotch) of the new Calvin Klein campaign and dare we say it he looks... HAWT. We know. It's wrong. But we can't stop ourselves.

At last some good news for Beliebers. Justin Biber has been unveiled as the new face of Calvin Klein alongside longtime model Lara Stone and he looks like a god. Hear us out. 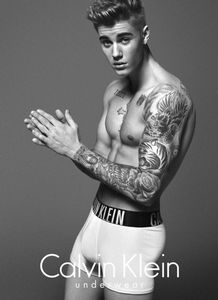 In the black and white campaign we see the not-so-teen idol give Beckham a run for his money in his tight white undies. How can we stop ourselves from drooling inappropriately at our screens? The short answer? We can't. Glad to see he's moved on from throwing eggs and peeing in buckets.

The 20-year-old singer looks surprisingly grown up as he casually drums away, snuggles up to Lara Stone and shows off his impressive tattoo collection. Suddenly, we're seeing Beibs in a whole new light. 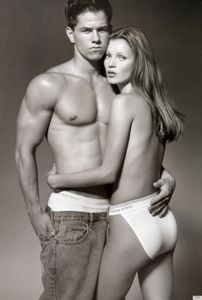 Speaking in the video he said: "I've been wearing Calvin Klein underwear for years in the hope of one day becoming the Calvin Klein model, but never really thinking it would come to reality. Now that it's here it's a dream come true."

The news was hardly unexpected. He's been dropping hits all over his Instagram from as early as April when he was snapped wearing the iconic brand and later when he did a surprise appearance at Fashion Rocks in September clad in his black CK’s. Oh la la.

He follows a long list of celebs who have featured in the global campaigns including Kate Moss, Mark Wahlberg, Jamie Dornan and footballer Freddie Ljungberg.

Hold on to your Y fronts Mr Gandy. JB's coming for ya!

What do you think of Bieber's CK shoot? Tweet us @sofeminineUK