Miranda Kerr: The Most Glamorous Looks From Our Favourite Aussie Supermodel

by Pascale Day Published on 5 August 2016

There's no two ways about it: Miranda Kerr is a fashion icon. She started her modelling career at the tender age of 14 for Aussie favourite Dolly magazine, was promptly signed to an Australian agency soon after, and hasn't stopped working since. And thank god for that - who else are we supposed to Google stalk on our lunch breaks?

Model, mother, entrepreneur and all round Aussie babe, there's pretty much nothing Miranda Kerr can't do.

In 2010 Miranda started dating Lord of the Rings hunk Orlando Bloom, and the couple were engaged and married in the same year. She then gave birth to their son Flynn in 2011. But the marriage was not to last, and the pair split in October 2013.

But a congrats is now in order for Ms Kerr, who recently got engaged to Snapchat found Evan Spiegel! But let's be honest, with her awesome sense of style and those RIDICULOUSLY cute dimples, it wasn't going to be long until she was snapped up. Here we take a look back over Miranda's style, from her unique catwalk looks to her top red carpet moments. Try not to get jealous, we dare you. 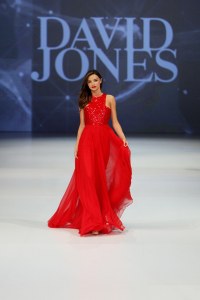 Kylie Jenner Style: The Outfits We Need To Have In Our Lives Stat

Rainy Day Fashion: How to Dress Stylish During Summer Showers