Why Plus Size Model Precious Lee Is THE Girl To Watch Right Now! 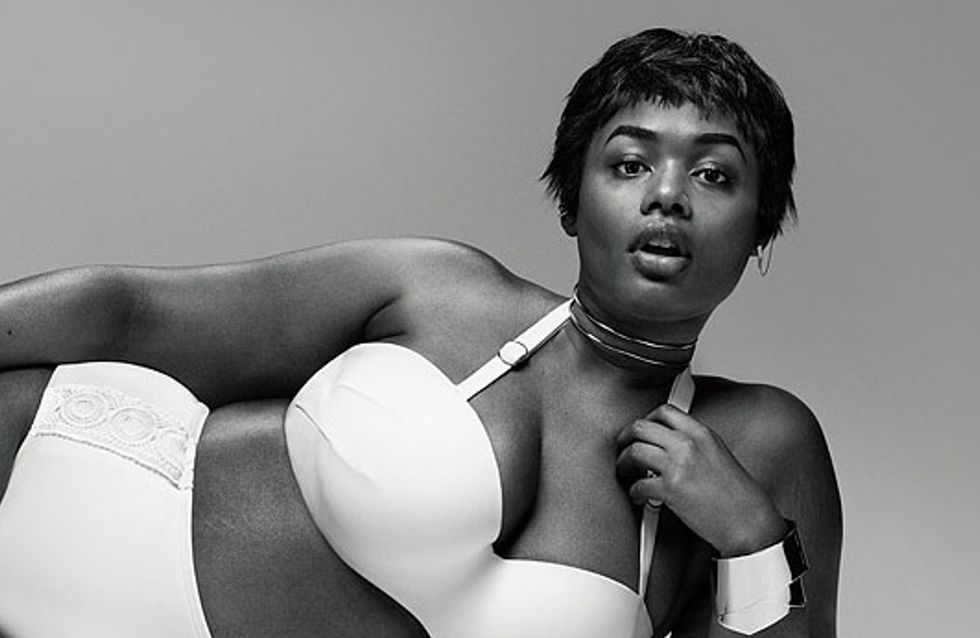 Lane Bryant's latest ad campaign 'This Body' celebrates women at their curviest, proving that beauty has no size. The first ad of their new campaign features plus-size model Precious Lee, and has a prestigious space in this year's Sports Illustrated magazine's swimsuit edition. So who is Precious Lee, and why is this campaign so important?

Plus-sized retailer Lane Bryant has hit a high note with Precious Lee, a UK size 16 African American model, whose stunning image takes centre stage in their latest campaign. It features Lee in a white bikini, with the caption "This body is made to be uncovered." And to be real with you, it's hella sexy.

Hailing from Atlanta, Georgia, Precious Lee was discovered whilst attending an open call as moral support for her friend, and moved to New York to continue modelling after graduating university. Most notably Precious featured in Lane Bryant's viral campaign #ImNoAngel, photographed by renowned photographer Cass Bird. She then crossed over into mainstream fashion, working with brands such as Old Navy, Macy's and Nordstrom. Precious also keeps busy on Instagram, which is choc-a-bloc with backstage pictures of her campaigns and badass feminist quotes, as well as her hanging out with her Lane Bryant gurls:

This latest ad is just one in a series called 'This Body', which also features other prominent plus-sized models like Georgia Pratt and Tara Lynn. ​Precious' ad will sit within the pages of this year's Sports Illustrated Swimsuit Edition, which will feature Lane Bryant allumni Ashley Graham on the front cover, marking a change in the magazine's attitudes towards women of different shapes and sizes. Wrestler Ronda Rousey and model Hailey Clauson will also be featuring on the monumental cover this month. "We're making history," Graham told TODAY. "And this issue is dedicated to all my curvy women out there."

Truly speechless!!! This cover is for every woman who felt like she wasn't beautiful enough because of her size. You can do and achieve anything you put your mind to. Thank you so much to the entire @si_swimsuit team! I'm so excited to be a part of your family. I love you all!!! #siswim #beautybeyondsize

Lane Bryant have brought themselves to the forefront of plus-sized women fashion with their striking ad campaigns. Their ethos is all about inclusivity, making sure every woman is represented, which is why their first viral marketing campaign '#ImNoAngel' was a tongue-in-cheek response to Victoria's Secret 'The Perfect Body' campaign - with VS come under heavy scrutiny for body shaming - which attempted to redefine sexy, and successfully might we add. What started as cheeky humour then morphed into an empowering movement which saw power struts a plenty in their '#PlusIsEqual' campaign.

Now, with 'This Body', Lane Bryant, along with their confident, body beautiful models, are starting a revolution, bringing plus-size into the mainstream and ensuring that the world knows that beauty goes beyond size.

What do you think of the new Lane Bryant campaign? Let us know! @sofeminineUK

​​​​The 18 Curvy Women On Instagram Who Prove Big Is Beautiful