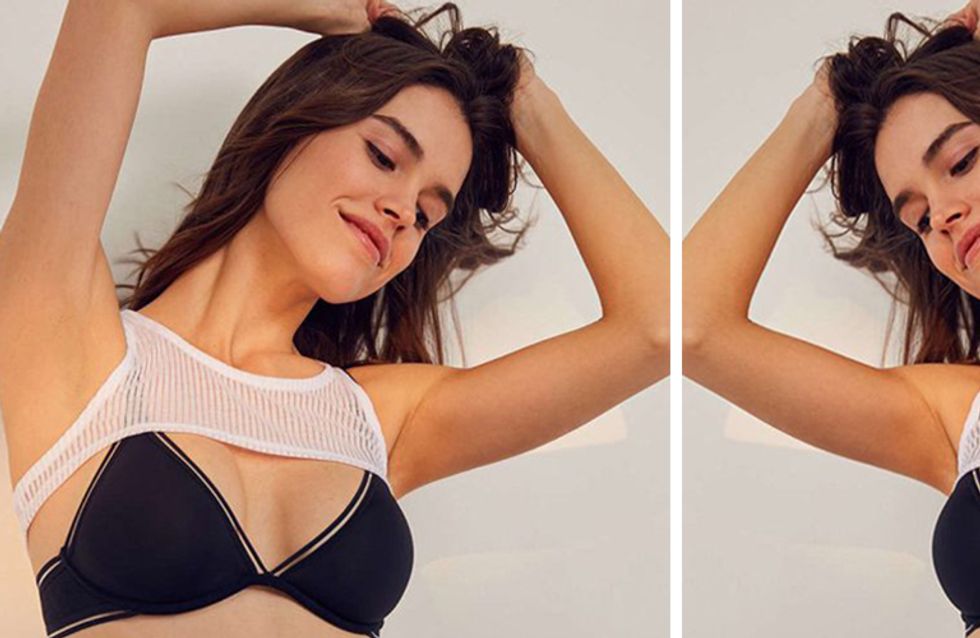 As if flashing your non-existent abs wasn't daunting enough, someone at Urban Outfitters has now come up with a whole new fresh crop top hell by making it, well, small enough to fit a mouse or a barbie. That's right, someone has taken the body-flashing crop top and made it even smaller. So small in fact, that it looks like it's been sat in a 90 degree wash for 800 years. Once you've seen it, you'll never be able to un-see it.

If you're anything like us, your days of wearing a crop top have probably been and gone, and are now dead and buried in the 90s where they belong. Phewww. Or are they? Well, if Urban Outfitters has anything to do with it, there's life in the old trend yet.

Yep, it seems the fashionistas over at UO think the 90s were missing a trick by grazing the abs and have decided 2017 needs to see more of our boobs. Deep. Joy.

Just when you thought those weird cropped shrug things were bad enough, this new extreme crop top makes them bad boys seem surprisingly wearable by comparison. I mean, it doesn't even qualify as lingerie! It's like someone ripped off half your bib-cum-napkin and left you sat there in the restaurant to be publicly humiliated - just you, your spag bol and your extreme crop top.

Before mysteriously switching to 'no longer available' online (we're guessing this time it's not due to popular demand), the product description originally read: 'The ultra-sexy way to layer with this teeny cropped tank top by Out From Under'. Right oh! As fas as we can tell, the only way to really and truly layer this creepy crop is by ya know, throwing a massive coat over it and zipppin' it up to your ears and Twitter would appear to agree with us on that one...

We've seen a few wardrobe horrors in our time, the C String, the camel toe knickers... it's all getting a little out of hand crotch, but we never thought our boobs would be next in line for a totally inexplicable garment. GULP. Let's hope its status stays as 'no longer available' for the foreseeable future eh!

What do you think of the extreme crop top? Tweet us @sofeminineUK!

Meet The Shibue: The Underwear That's Smaller Than A C-String But Every Bit As Horrendous

The C-String: The Worst Thing To EVER Happen To Our Crotch

Allegra Versace, Donatella and Lady Gaga
by the editorial team

Ashley Graham for Michael Kors
by the editorial team