Jennifer Aniston is known for her flawless long hair - it's forever shiny, bouncy and perfectly highlighted, but salon disasters can even befall the stars. Jen is the latest celeb to suffer from a Brazilian blow dry gone wrong. The 'Horrible Bosses' actress has resorted to cutting off some serious length and is now sporting a short swingy bob, resorting to the scissors after the treatment frazzled her hair.

Sometimes it's good to change your hairstyle, but usually it's a decision you make, not one you're forced into. So spare a thought for Jennifer Aniston who's had to chop off her tresses to sport a short above-the-shoulder bob after a conditioning Brazilian treatment went horribly wrong.

The star was recently seen stepping out in Los Angeles with an A-line bob created by her long time stylist Chris McMillan, but rather than going for the new look out of boredom, Jen didn't have much of a choice.

Jennifer revealed that the new look was the result of a treatment gone wrong, adding that she also needed a change. (We feel for you Jen.)​​

During an interview with Elle UK, she said she "cut off all my hair two days ago" - suggesting that the cut was actually done on Wednesday 30th October.

Aniston continued: "It wasn't for a role. My hair went through a phase - I did this thing called a Brazilian and my hair did not react really well to it. It's about two inches above my shoulders now."

But like most girls she revealed that the shorter locks were harder to get used to than she expected.

She said: "The minute I cut my hair I want it back. Always. It's a guarantee. I'm trying really hard to love this one."

We're sure that with beauty as jaw-dropping as Jen's that her new 'do looks nothing short of amazing, but with a wedding to plan with her beau Justin Theroux, we're hoping that this new haircut isn't going to push the event back even more.

The pair have been engaged since 2012 and they've yet to agree on an official date. Let's hope she doesn't have to wait for her hair to grow in order to say "I do"!

Brazilian blow dry hair treatments have long had a bad rep as they usually involve lots of straightening chemicals to smooth and tame your hair.

Normally they work by infusing the hair with keratin - a protein which naturally occurs in the hair - but not all Brazilian treatments are the same. Some use a toxic mix of chemicals - that can leave your hair in worse condition. As Jennifer Aniston has just found out. ​

Traditionally the star has always had girl next door hair and has always tried to play things safe - as our Jennifer Aniston hair album shows, so going for a shorter look must be a whole new experience for her.

Previously Jennifer has said: "My hair has never been my greatest feature so it was funny that my hair became so focused on."

Some things will never change though Jen - we're still obsessed with your barnet!​

Think a new short bob is a good look for the star? Tweet us @sofeminineuk 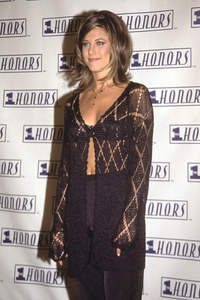