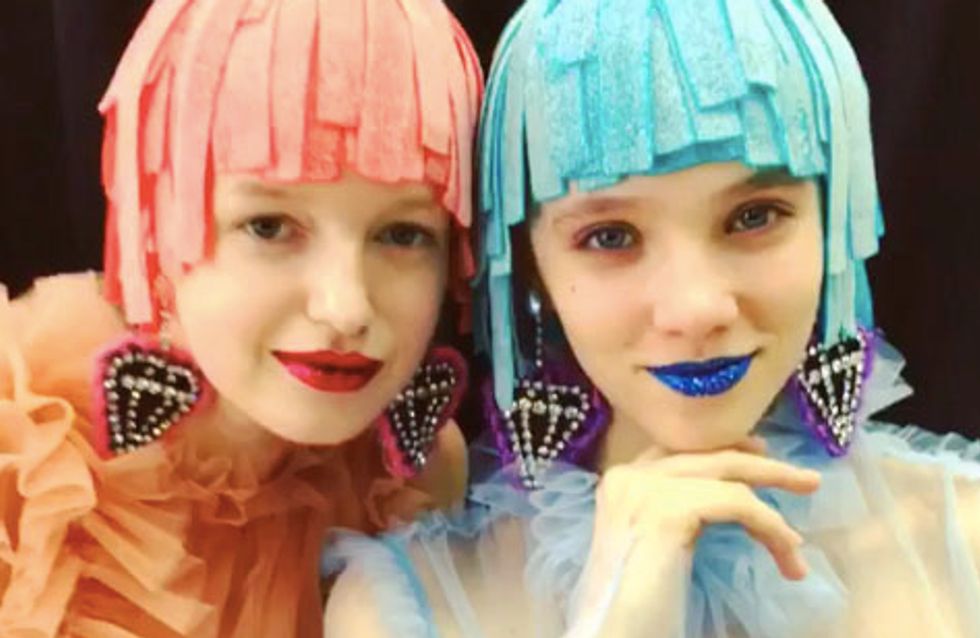 It's not likely that you've ever awoken early one morning before work and considered that what might add some pep to your step is a head full of fizzy belts, but that's the exact thought process of hairdresser Ryoji Imaizumi, and it's why he is a world-famous hairstylist and we are not.

When it comes to styling hair, there is literally no end to what Mr Imaizumi will use as an accessory. His propensity for taking the most unlikely items and incorporating them into hella fashionable hairstyles means any model that he touches becomes an instant work of art.

While Ryoji's weird and wonderful 'dos have a huge following in Tokyo, it's only recently that he has become well known to the wider world thanks to everyone's favourite app Instagram, where he now has over 150k followers. Ryoji uses anything and everything when creating his hairstyles - and we mean that in a very literal sense. Ryoji could look at the contents of a recycling bin and, whereas we all see it as trash, Ryoji sees it as hair treasure. In a fun little game of fashion Buckaroo, Ryoji chooses a theme and then piles the model's hair high with accessories - such as a multitude of barbies, a lego landscape or - my personal favourite - a head of flumps and fizzy belts.

Ryoji also has an interesting take on how he styles the hair, too, favouring a pair of chopsticks over regular styling tools - a technique that, according to the views on his Insta videos, is going down a treat with his fans. "The idea of using chopsticks just popped into my head when I was working at a shoot that was really busy," Ryoji told W Magazine. "I forgot to bring my comb and the only thing I had was some long pins. Then suddenly I was holding pins like chopsticks. That's how it hit me."

Ryoji's impressive client list includes the likes of Victoria Beckham, Pharrell Williams, Charlotte Gainsbourg and Madonna. Now, seeing VB with a head full of flumps is something we HAVE to see.

What do you think of Ryoji's style? Let us know! @sofeminineUK​​

A Vaccine That Cures Acne Is Coming But There's A Catch

Blonde Ambition: Here's How To Know Which Shade Of Blonde Suits Your Complexion​​

by Pascale Day 102 shares
For all the best videos, memes and shareable news!