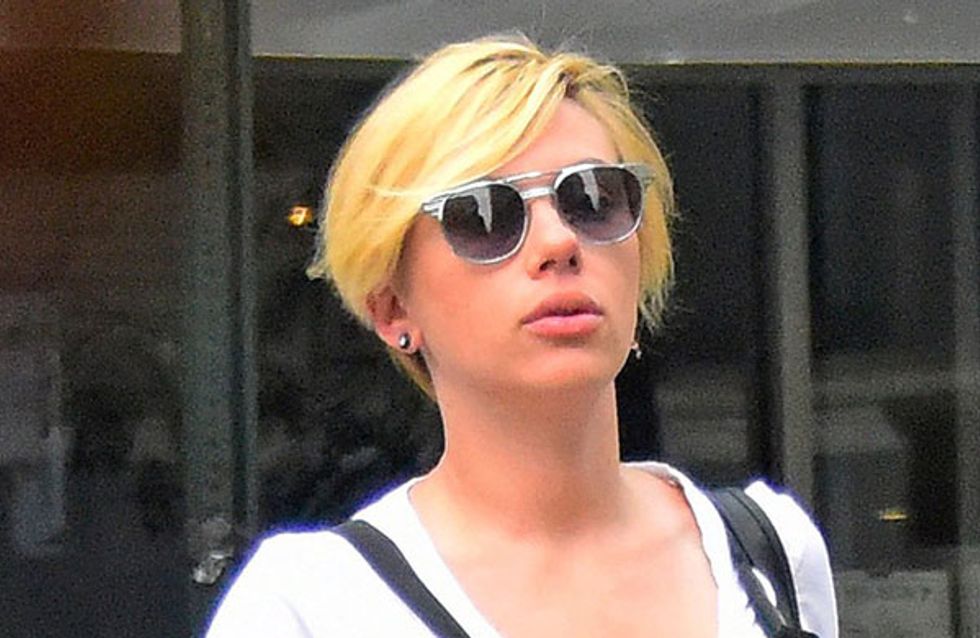 We're used to reading about breakup fuelled hair transformations but for Scarlett Johansson it's really quite the opposite. Phew. The mum-to-be and soon to be married blonde bombshell stepped out in NYC sporting an edgy new crop to go with her blossoming baby bump and she looks HAWT. Mummy makeover? We're thinking hell yes.

It's official Scar-Jo has pulled an Anne Hathaway. She's lopped off her sweet, parted-to-one-side locks in favour of a shorter pixie crop and she looks pretty damn worldy.

After donning a bob earlier this year, she clearly wasn't put off by losing another couple of inches as she stepped out in NYC with her latest chop.

Featuring choppy shorter layers at the back and a long sweeping fringe, the 29-year-old actress debuted her new do as she enjoyed a city stroll with her fiancé Romain Dauriac.

She kept the rest of her look minimal but city chic in slouchy rolled-up dungarees, a plain white tea and silver rimmed aviators. Totally. Swooning.

What do you think of Scar-Jo's new locks? Tweet us @sofeminineUK

Check out our album of Scarlett's hottest looks 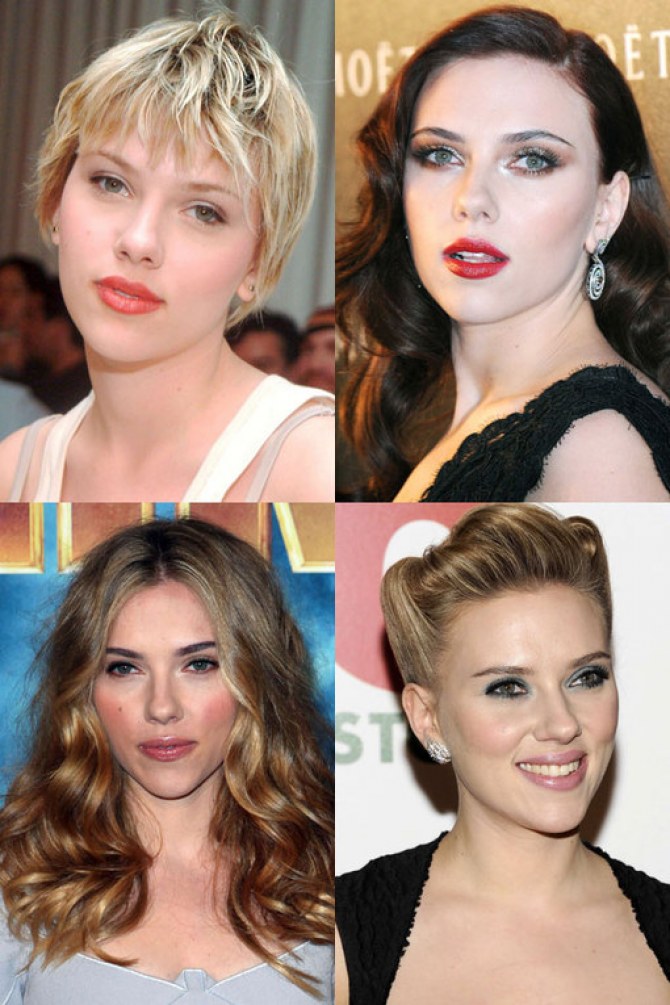