This Beauty Blogger Wants The Internet To Stop Makeup Shaming 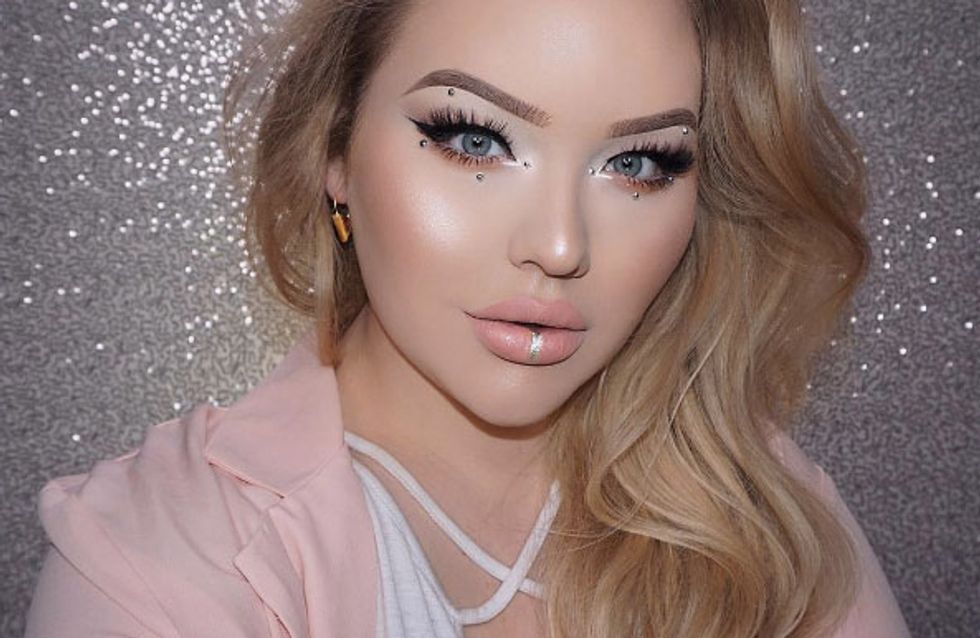 In 2017, body-positive activism is at an all time high. We call out fat shamers, we clap back at those who hate on us for what we wear. But when it comes to makeup, I think we've all been guilty of pointing out when we think a gal's got too much makeup on. That, my friends, is makeup shaming - and this YouTuber is having none of it.

Dutch YouTuber Nikkie Tutorials has had enough of makeup shaming. She doesn't care if you think she wears too much foundation - she knows she wears heavy makeup, and that's the way she likes it. Deal with it, pal.

In one of her latest tutorials, Nikkie creates an ultra glam look - but not before she takes down the haters with a hella positive message. In the vid titled "ENDING MAKEUP SHAMING!", Nikkie says that a video she made last year called 'The Power of Makeup' that went hella viral was aiming to show that makeup lovers don't wear makeup for the reasons you think: "We makeup lovers don't wear makeup because we're insecure... it's something where we can express our art, where we can be ourselves."

She goes on to say that, after the release of her video, she thought makeup shaming had chilled out a bit, that people were finally starting to accept that these gals like a heavy duty eye for themselves. That was until Nikkie noticed a makeup shaming tweet. "I was on Twitter and I saw this tweet by a woman, and she had this photo of a beautiful gorgeous girl and she was wearing the whole nine yards, she looked absolutely fantastic glam, she was blinding for the gods, she was beautiful. And there basically was this tweet saying 'Oh my God, this is too much, this has to stop, people are taking these Kardashian trends too far.' It really hit me because makeup shaming is real."

After reading the vicious tweet, Nikkie decided to clap the hell back, and in the process made a fabulous point about why girls choose to do their makeup the way they do. ​"What harm does it do to you to let someone play with makeup and feel their best selves?" Nikkie asks. "So many people out there think 'Oh my God, if she's addicted to makeup then she's insecure, and she's doing it to impress boys. That is totally not the case, and when you love makeup, you love the transformative power of it."

And with that, Nikkie launches into a gorgeous, utlra glam tutorial to "show the makeup shamers to back off."​ If it was possible to take notes and do a rose gold eye simultaneously, we'd be doing it right now.

What do you think of Nikkie's message? Let us know! @sofeminineUK