by Victoria Williams Published on 11 July 2017 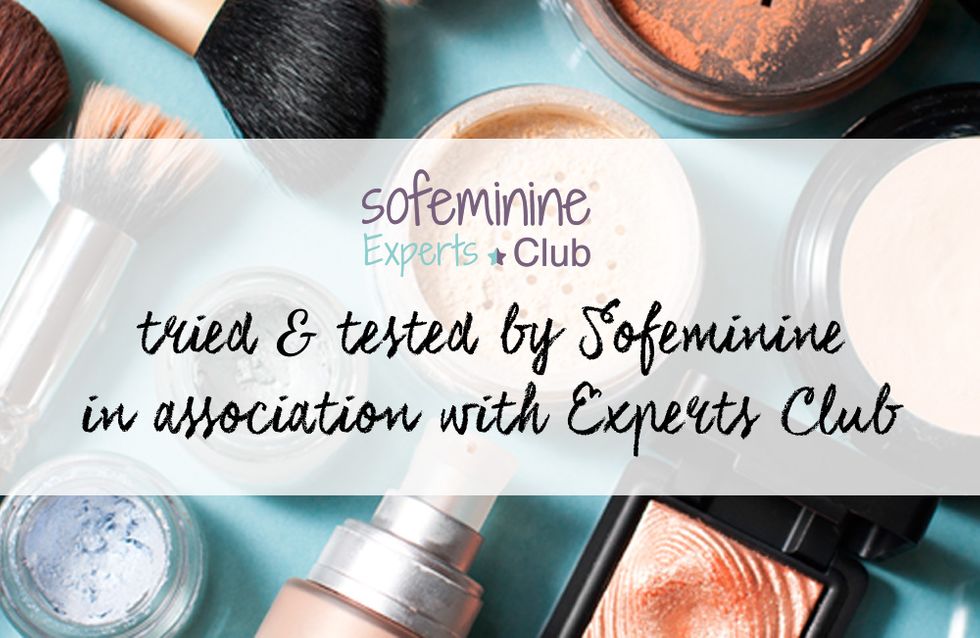 Some say disposable face wipes should be reserved only for flights and festivals while others swear by them. Either way they come with their problems - accelerating the ageing process, smearing makeup around your face rather than removing it and not to mention having harmful effects on the environment. Enter the WipeOut! Cleansing Cloths from Magnitone. Not only do these microfibre cloths remove makeup with JUST WARM WATER but they can be reused up to 1000 times. We put them to the test...

I'm one of those strange, strange people that enjoy taking their makeup off. I find it relaxing, OK. But I have to confess, it's a long old process. First I have to use micellar water to cleanse off my makeup (I hate getting mascara on my muslin cloth. Hate. It). Then I do my second cleanse, you know the one that actually cleans your skin and then, in the pursuit of eternal youth, I slather on as many serums, anti-ageing eye creams and face oils as I can find. So, anything that simplifies that military operation, is going to be a hero in my eyes.

This microfibre cleansing cloth by Magnitone pledges to remove makeup simply by adding water, thus alleviating the need to use expensive cleansers and, dare I say it, makeup wipes *shudder*. You can also reuse the cloth up to 1000 times which makes it the perfect travel companion.
​
Ok, so for a self-confessed cleansing fanatic, taking my makeup off with water didn't sit well with me but for the purpose of this review, I played by the rules. I was impressed with how soft the cloth was on my skin and while it did successfully remove some of my base makeup, my mascara could still be seen on and around my eyes and face. The verdict? I'd say it's a great convenience product when you're short for time or on the go, but I probably wouldn't make a habit of using it everyday unless I was going to follow up with a second cleanse.

I'll be the first to admit that back in my teens and uni days I was a disposable makeup wipe girl through and through. I just wanted to remove my thick layers of mascara and heavy bronzer as quickly as possible and then fall in to bed with my post-club takeaway. I'd wake up with black smudges across my face and wonder what an earth I was doing wrong. Now, officially mid-twenties, I've become fairly accustomed to a 'double cleanse', oil and cream, as well as a dedicated eye-makeup remover for my only slightly less heavy layers of mascara. However I'm still a sucker for convenience so anything that promises a fuss-free routine easily turns my head.

Before trying the microfibre cleansing cloth I was a little dubious about how anything could remove my makeup with just warm water but sure enough as I wetted the cloth and smoothed it in circular motions around my face the pink cloth started to be smeared with beige smudges and showed more makeup than I even realised I had left on my face at the end of the day.
​
The texture off the cloth, whilst fluffy when dry, takes a little getting used to when wet. I found I had to rub a bit harder than I would have liked to ensure my skin was squeaky clean but I was impressed with just how much makeup it managed to remove. I would still probably remove any heavy eye makeup separately before using this and still go in for a second cleanse but if you're looking for an alternative to the packs of makeup wipes that always end up in piles in the bin then this is definitely a more eco-friendly way to go. All you have to do is pop them in the washing machine and they are good to go another 1000 times. No excuses anymore.

There are many things I wouldn't rub on my face even once, let alone a thousand times, but looks like my face rule is about to change, thanks to the Magnitone cleaning cloth.

For anyone who hasn't tried microfibre before: you are in for an experience, my friend. Is it wet, is it dry, is it fluffy, is it not? Who the hell knows. All that matters is, whatever's going on in this freaky little flannel, it removes your makeup. As someone who loves a good face scrub at the end of a long day, it didn't feel right to stick solely to water to remove my makeup but hey - rules are rules. And it worked pretty well, I have to say. Will it work as well for the next 999 washes? I'll keep you updated.

Removing makeup is one of the many banes of my daily life and I never feel like it's all truly gone - no matter how many lotions or potions I slather my face in. But while I'm a firm fan of a good cleanser, I'm a bigger fan of not having to put much effort in to achieve maximum results. Enter: WipeOut! cleansing cloths from Magnitude. The magic cloth claims to remove every scrimp of make-up with just warm water - a claim I was admittedly sceptical of given this was the first time I'd heard of the product.

They're made of microfibre which means no matter how long you soak it in water, it won't ever get wet which felt rather strange when rubbing it over my face as it's nothing like I've ever incorporated into my skincare routine before. While the cloth did a decent job of removing a day's worth of makeup, I feel like my face wasn't fully clean. And while I know how much of a b*tch mascara can be to budge, I think a traditional cleanser-and-cloth situation does a better job as there were thick remnants left on my lashes. That said, I think this will be a godsend at festivals and when travelling long-haul.

Taking my makeup off is one of those hella boring but necessary daily tasks I endure each day. I mean, I'd much rather get an extra 15 minutes of beauty sleep than spend that time scrubbing off 10 stubborn layers of mascara, but waking up with panda eyes and an orange pillow each morning isn't ideal. Something that makes this task less of a chore is products that do what they say and get the job done, which for me, is oil based eye makeup remover and miscellar water.

Now, removing makeup with just a cloth and some water sounds like a dream too good to be true. It should belong in a Disney cartoon along with glass slippers and toys that come to life when you leave the room, but friends, this is no fairytale. Such a product does exist and it's here IRL in the form of Magnitone WipeOut! Cleansing Cloths.​

After giving this innovation a go I found it was a boss at removing my foundation, bronzer and concealer without having to scrub too much - it felt like I'd gone back in time to my Nan's heyday washing makeup off with a flannel. I like the fact water alone avoids the need for any harsh chemicals, however I will say it didn't quite get rid of all my eyeliner and mascara, leaving behind some clumps on my lashes. It's not a fix all solution but it does make a nice change to my usual boring cleansing routine.

We will be giving away 20 Magnitone WipeOut! Cleanding Cloths to be tested this week on Experts Club!

Tried & Tested: The tan that tones your skin

by Victoria Williams
From hair ideas to outifts, look no further for your daily inspiration