Home / Beauty / Cosmetic Surgery / Review: We Tried The Tria 4X Laser Hair Removal Kit For Summer And This Is What We Thought

Review: We Tried The Tria 4X Laser Hair Removal Kit For Summer And This Is What We Thought

by Pascale Day Published on 4 August 2016 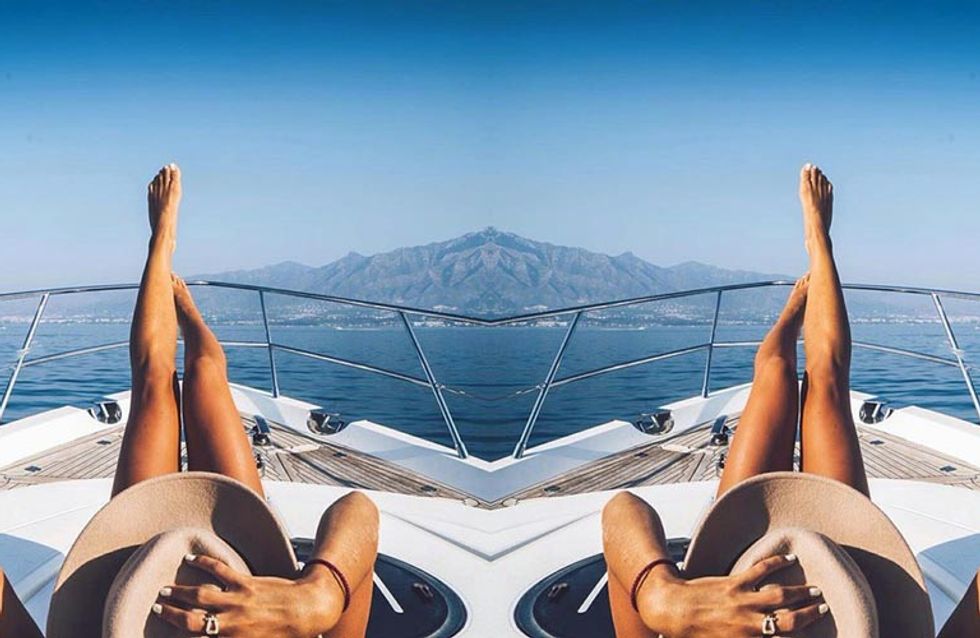 Summer is the one. It's all about bright mornings, long evenings and plenty of trips to the best beer gardens the UK has to offer. It's the only time of the year we can get our legs out. We can even wear vests and shorts with flip flops. But that amount of skin requires a lot of shaving, which means even earlier starts to the day, and that is something that we are just not down with. So gather round ladies, I'm going to tell you about the Tria 4X

Shaving is a pain and we all know it. Waxing is painful and we all know it. And no matter what we do, that pesky hair always creeps its way back onto our unsuspecting bodies. Now that we're in the height of a supposed summer - I mean yeah it's cloudy, but man is it WARM - we need something that's gonna last a little bit longer.

Tria's Hair Removal Laser 4X is a handheld home kit that allows you to perform laser hair removal on yourself safely and effectively. Like the kind of procedure that you would get at a clinic, the 4X uses a diode laser to remove unwanted hair by tackling the hair follicle at the root.

When it comes to the hair on my body, I want it gone and I want it gone quick. It must be said that the Tria is not automatic. I hate to break it to ya, but you are not going to be a silky smooth goddess after one sesh. It does take quite a few sessions to rid your body of those unwanted hairs, but the good thing is that you can still shave whilst using the laser - but remember that waxing isn't a good idea: the laser targets the hair follicle, which is quite hard if it's already been pulled out. The Tria is small and handheld, and targets a small amount of your skin at a time, which means, depending on where you're targeting, it can take a while. For me, it took about 30 minutes per leg for a thorough session. Underarms and bikini line will take less time.

We need to talk about the pain because, oh yes, there is pain. It probably should be noted that I have a significantly low pain threshold so maybe I'm not the best person to tell you this, but it does hurt. The settings allow you to choose between levels one to five - five being the most intense and thus the most painful. I settled on a three, which took some getting used to. It's true what they say: it does feel like you're being flicked with a hot elastic band. ​I had planned to use the Tria EVERYWHERE - legs, underarms, bikini line - but after doing my legs, I'm now trying to build myself up to using it on the areas with more sensitive skin. The dichotomy is, the more intense the laser, the quicker you'll get the job done. If you are brave enough to crank your Tria up to a five, you'll probably need less sessions. But if, like me, you'd rather have less pain and a little less gain, a level three will ensure you have a few more sessions tacked on. The Calming Gel provided in the kit helps a whole lot when​ dealing with the pain - slather it on before you use the laser and it'll really help keep your skin cool and comfortable.

The idea of trusting yourself with a laser can be a bit daunting, but don't panic - it could not be more easy to use. You simply choose your setting, hold it to your skin and wait until it beeps twice. Then you move it along. You want to ensure you cover all of your skin, so don't be afraid to get a bit of an overlap going.

I have been using my Tria for about a month now and I am starting to see results occurring. It can feel like a slow process but using it once a week for three months should be enough time for the hair to stop growing back. As the laser is attracted to pigment in the skin, you need to stay out of the sun after using the Tria to avoid sun exposure. My top tip is this: start using the Tria now, and you'll be hairless by the time summer rocks around next year! And what a great feeling that'll be: less time shaving, more time drinking ciders in the sun in your favourite hot pants.

Have you used the Tria 4X? Let us know what you think! @sofeminineUK

​​I Got My Teeth Professionally Whitened And This Is What Happened