Do Red Heads Hold The Secret To Eternal Youth? 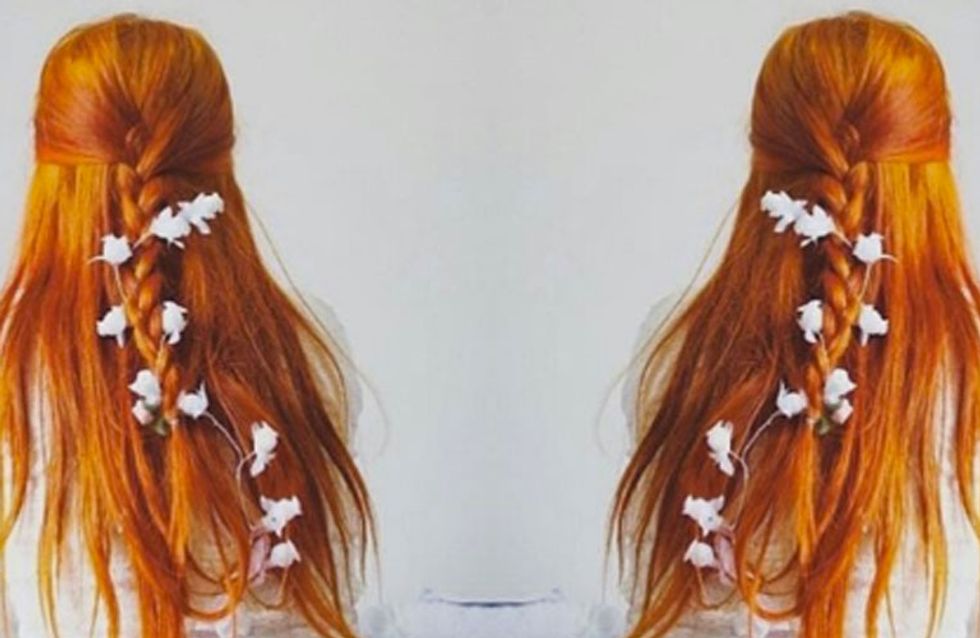 Ravishing red-headed ladies, listen up! Science has come up trumps again and you're gonna want to hear the good news.

With their cute freckles, shiny amber locks and porcelain skin, we've got a whole lot to be envious of when it comes to gingers. But now there's something else amazing to add to that long list too and that's their supposed never-ending youthfulness.

Yup, science boffs at the journal Current Biology have discovered a close link between red-headed ravens and age-defying beauty. In the results of their ground breaking research, running a study on 2,693 'naked faces' (natural and make-up-free photos), they discovered the gene, MC1R, which promotes youth, often pops up as red hair and freckles too.

These no-make-up mug-shots were then compared with how old the people in the shots appeared and their actual age. Once the study was conducted, researchers then riffled through the participants' DNA which prompted them to experience a eureka-worthy moment on finding the now-nicknamed 'ginger gene'.
​
Basically MC1R is the same gene thought to protect against UV radiation from the sun, so therefore plays a large part in anti-ageing and vibrant looks.

But what does this news mean for the rest of us mere blondes and brunettes?

​According to Professor Manfred Kayser, from Erasmus University Medical Centre in the Netherlands, who organised the study into 'perceived age', this is indeed something for all of us to get excited about, whether we've blessed with good ginger genetics or not.

He said: ​"We actually found the gene which may go a long way in solving the age-old ageing conundrum: "Why do some people look so much younger [than others]?"

Yippee! If it means we can ditch the 46574848 anti ageing products we've tried and tested to cling on to our youth, then we're totally on board. We always knew there was something special about gingers...

What's your favourite thing about being a redhead? Tweet us @SofeminineUK!