This Rapunzel Hair Transformation Has A Very Happy Ending 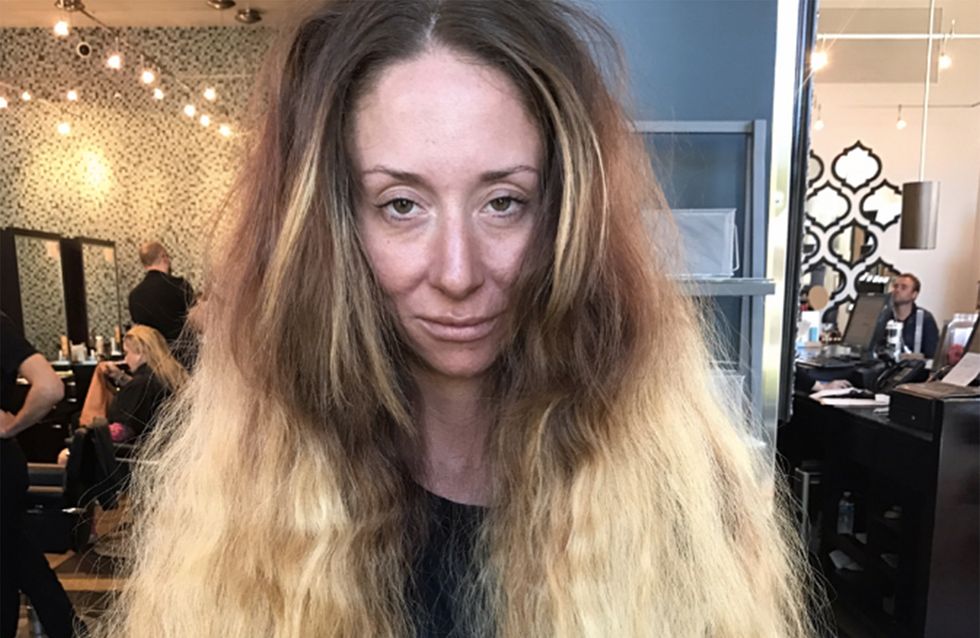 Girls get really attached to their hair. Fact. Just ask any hairdresser and they're bound to have come across that one client (and by one, we mean hundreds) who just wants 0.00001 of an inch off their tresses. But sometimes hair risks are worth taking, as this human Rapunzel proves.

When bride-to-be Holly walked into Avant Garde Salon in Florida with hair down to her hips and old two tone colour, she was desperate to change up her look before her big day.

Sara Pestella, a hairstylist at the salon, said Holly was attached to her Rapunzel-like lengths because her father had once said women could only be pretty with long hair. Yes, ok dad-we-don't-know, let us count all the ugly af women with short hair. Jennifer Lawrence - so rough. Katy Perry - oh god make it stop. Lupita Nyong'o - like, does anyone get any fuglier. We rest our case. Lob haired women are goddesses and should be treated as such.

To further prove the case that short hair is both sassy and beautiful, Holly went ahead and braved the chop and the transformation is one of the most dramatic we've seen.

Seven hours later and almost unrecognisable without her brassy ends and frazzled split ends, the bride in waiting looks incredible with her new do. Hairstylist Pestella opted for a shimmery blonde hue with darkened roots and a lob cut that would make Khloe Kardashian proud. We have to say, the risk well and truly paid off. Aw, we love a happy ending!

See the transformation for yourself by scrolling through this gallery below, and just you try and fight the urge to want to lop your locks off too.

Do you love dramatic hair transformations as much as we do? Tweet us @sofeminineUK!