by Lareese Craig Published on 1 October 2015 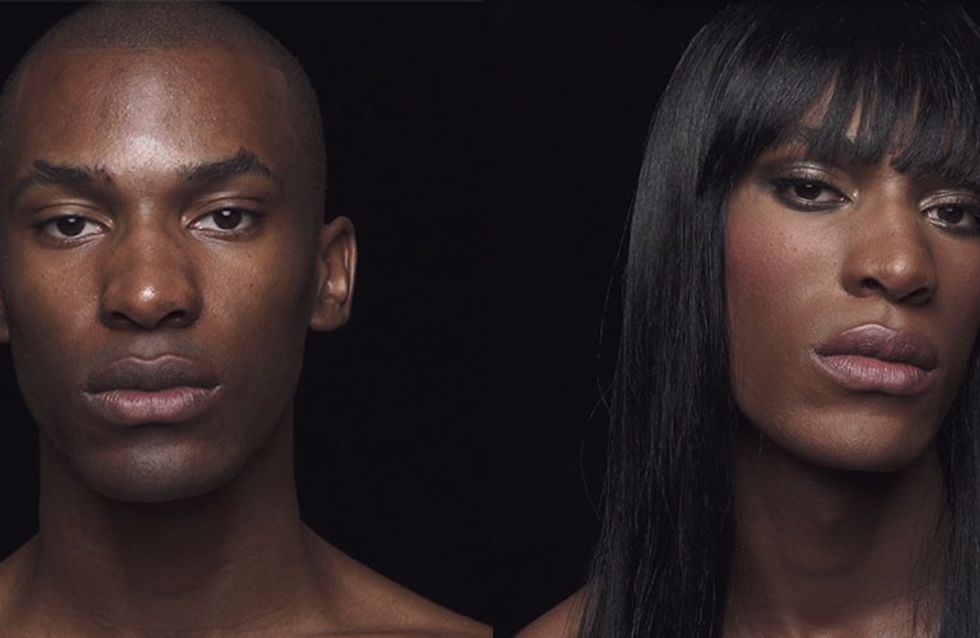 This is not your every-day, 'watch this girl morph into Kylie Jenner' makeup tutorial, as much as we just love procrastinating over those with a cuppa. International makeup artist James Kaliardos is using his beauty tekkers to makeover one gender into another and it's amazing. From man to woman and woman to man, this is about challenging gender stereotypes one blending brush at a time.

Few stories gripped the nation quite as much as Bruce Jenner's journey from olympic legend to transgender woman Caitlyn Jenner, but MUA James Kaliardos says despite the topicality, his makeover project has nothing to do with the media attention surrounding Caitlyn:

"We've been thinking of this for a long time. Whenever I've transformed a woman into a man using makeup, this radical thing happens. She is suddenly allowed to behave any way she wants to. They become much more bossy, strong, and aggressive."

The aim of Project Crossover is to inspire acceptance and challenge our perception, not only of gender but in terms of how we see ourselves.

Talking to W Magazine James explained, "This is not about making fun of transgender people. Transformation is something I've been working with my whole life, whether transforming someone into movie star or a creature or even a junkie from the 90s. And when you're just doing someone's face (versus their entire body), there's this revelation: how you see yourself when you step into this other version of yourself."

And some people say makeup is NBD! Shame on you.

Is this the ultimate makeup transformation? Tweet us @sofeminineUK!

This Woman Uses Her Make-Up To Transform Herself Into Male Celebrities!

Are These The Most OMG Makeover Photos Of All Time?