by Lareese Craig Published on 24 August 2017 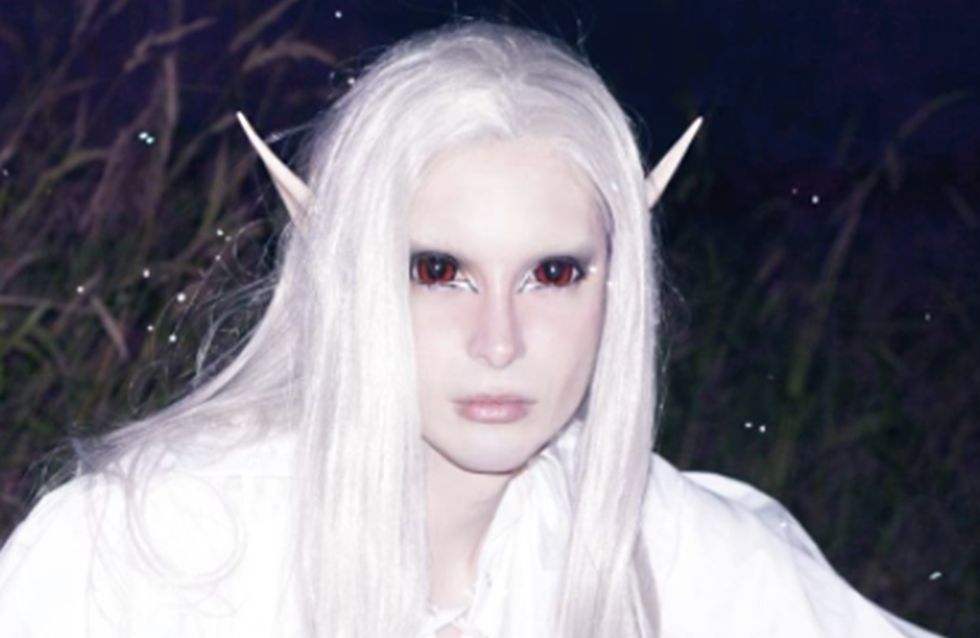 After being bullied as a child, Luis Padron, from Buenos Ares, became fascinated by the fantasy world of elves and angels as a form of escapism. Now, years on, the 25-year-old has spent £35,000 on various surgical procedures to turn himself into an elf in real life.

A fantasy fanatic has spent over £35,000 transforming himself into a real life fantastical being. Luis Padron, 25, from Buenos Ares, Argentina, became determined to look like one of his favourite fantasy characters after he was bullied as a child for his appearance.

Talking to Metro Luis said, "I was bullied as a child and as an escape I would submerge myself in movies like Labyrinth and The NeverEnding Story, as well as other fantasy tales."

He began his trans-species transformation by bleaching his skin and his hair before undergoing his first surgical procedure, at the age of 20 and has since spent in excess of £35,000 on his ethereal appearance.

Some of those procedures include fillers, cheek liposuction, a rhinoplasty, full body hair removal and Botox but his most recent investment saw him dramatically alter his hairline.

Luis underwent a follicular unit transfer, using his own blood, in order to achieve a widow's peak just like Dracula - a feature that's often seen in many depictions of vampires and elves.

"One of the most important parts about being an elf is having long hair, that’s why I decided to reshape my hairline for a more fantasy look and have more hair," Luis said.

"I found someone who could give me the heart-shape and vampiric hairline I wanted and I had a transplant in my forehead. The shape is like Dracula’s hair and using my own blood will make the hair grow healthier.

"Because I want to become a fantasy being, one of the most distinctive parts of an elf and other creatures is that they have extremely long hair, look healthy and look very young."

And Luis's transformation isn't quite over yet as he intends to splurge a further £68,000 on fang-like dentures, pointed ears, limb-lengthening and a v-shaped jawline.

You can check out more of Luis's transformation photos on his Instagram page.

What do you think of Luis's elf transformation? Tweet us @SofeminineUK!

This Rapunzel Hair Transformation Has A Very Happy Ending