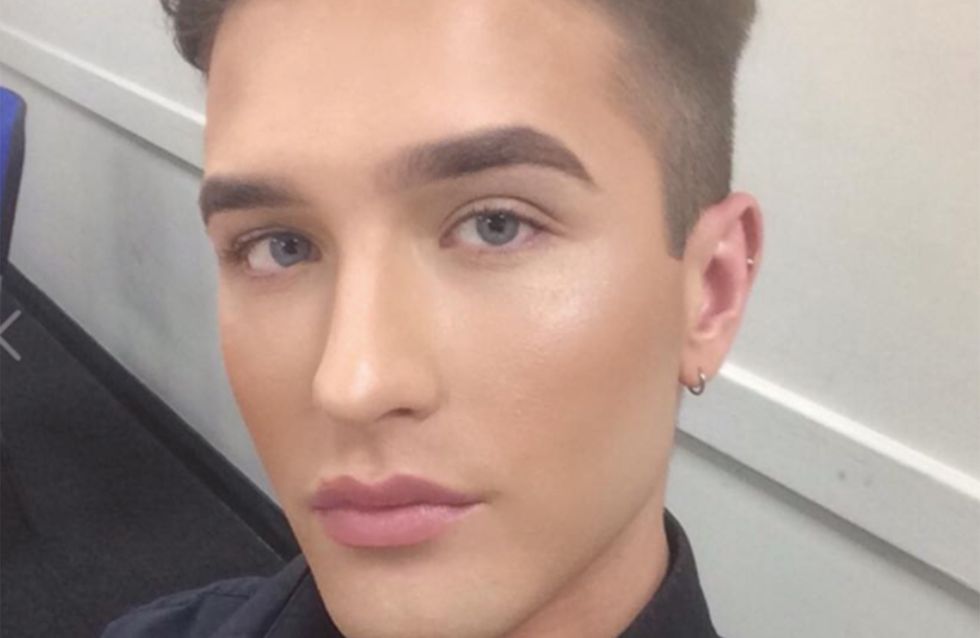 If you went to a strict-ish school, you'll probably remember a certain teacher who would always carry makeup wipes on her ready to ram them under your nose and remove your slap. But that was then. And we were 15. This guy was told to take his makeup off by his boss. At work. Despite the fact that he's, you know, a fully grown adult and looked more immaculate than we could only ever dream.

Smart dress codes and health and safety regulations on piercings we can understand, but makeup shaming? That's never been part of the office handbook. Ever.

But that's exactly what Scott Laplanche, a shop assistant from Yorkshire, found himself the subject of after his boss told him to remove his makeup. When he refused, he was instead told to 'tone it down'.

In the nine months that he had been at his job, he'd never encountered any issues with wearing makeup to work but under new management, this seems to have changed.

Scott later took to Facebook to share his experience, explaining that there had never been a makeup policy at work before and that some of his female colleagues wore more makeup than him.

Along with his kickass caption, Scott posted a photo of the makeup he was wearing on the day he was told to take it off.

Sorry, we're with Scott on this one. If you find his flawless skin and crazy good makeup skills offensive then that's really your problem hun-ay. Boss or not.

PS: Someone needs to put the words, "You can't tone down a masterpiece" on a t-shirt and sell it please.

What would you say if your boss asked you to remove your makeup at work? Tweet us @SofeminineUK

This Woman Transformed Herself Into Ed Sheeran And It's Honestly Insane