by Lareese Craig Published on 2 June 2017 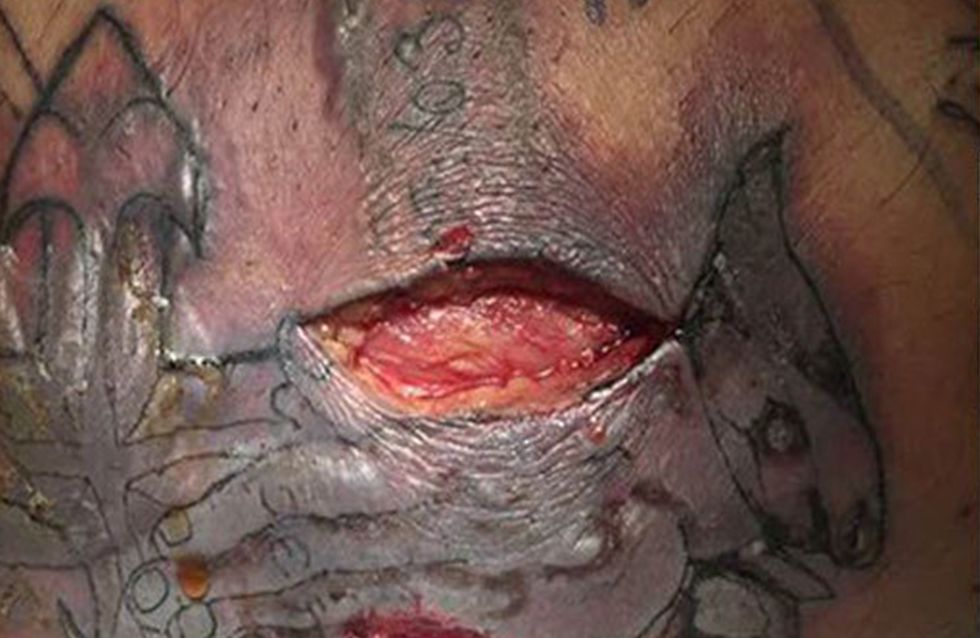 In some cases rules are made to be broken, but when it comes to tattoos you should probably follow the advice you're given by the professionals. This man chose to ignore warnings to avoid swimming for two weeks after getting tattooed and sadly, paid the ultimate price for it.

​A 31-year-old man has died after he caught a flesh-eating infection in the gulf of Mexico. The unidentified man had been inked on his calf just five days prior and had ignored advice to avoid swimming for two weeks to allow the wounds to heal.

After being exposed to subsequent amounts of seawater, the man's tattoo became contaminated and he developed a fever, chills and a rash. His condition then deteriorated and he was admitted to hospital - by which time his leg was purple - with suspected Vibrio vulnificus infection. Doctors reportedly believed his history of heavy drinking had left him more susceptible to the infection due to the weakness of his liver.

Within 24 hours he was on life support after his body began to attack its own organs and he suffered organ failure, according to the British Medical Journal Case Report. Despite battling septic shock for two weeks, his kidneys failed completely and he tragically succumbed to the infection.

If ever there was a warning not to risk a dip after you've just been inked, this is it. For safety advice following a tattoo please seek advice here.