Guys Are Giving Their Balls Botox - Or Scrotox - Because Their Testicles Want Eternal Youth, Too

by Lareese Craig Published on 8 September 2017 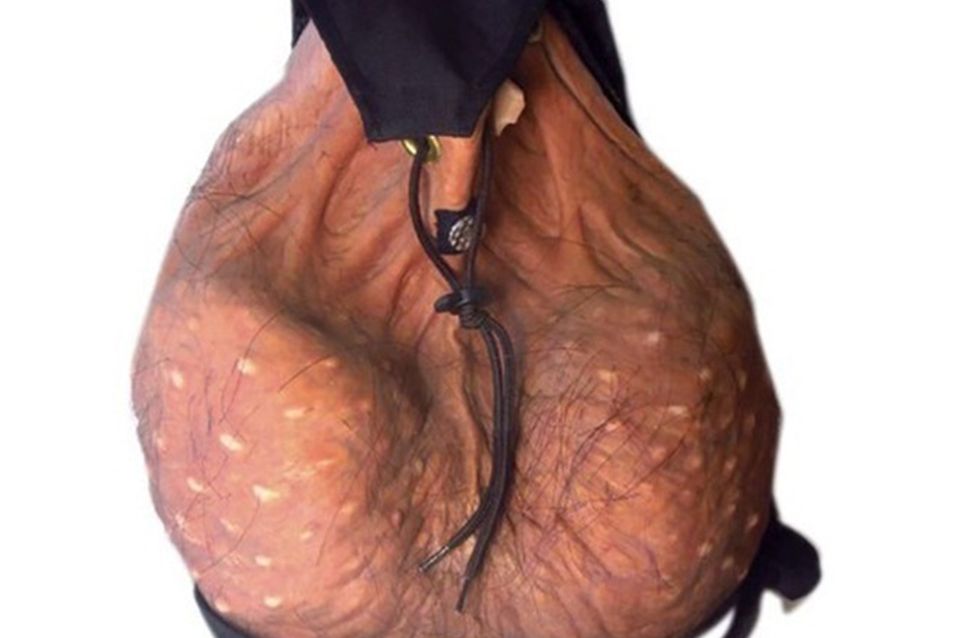 As one could probably gather, the male (and female) genitalia age just like the rest of us, meaning that fine lines and wrinkles will one day take over your testicles and your labia. What. A. Joy. But some men out there aren't quite ready for wrinkly ball sacks just yet and thanks to Scrotox - that's Botox for your balls - they can now freeze time on their nether regions, too.

Botox has been increasing in popularity ever since it had the ability to smooth the laughter and sorrow lines etched on our faces, so it was only a matter of time before it became available for other body parts.

It all started with Botox for your butthole - the cosmetic procedure that pledges to transform your primary hole for pooping into an aesthetically-pleasing arena with sell-out status. But now, things have progressed, there's other body parts that want dibs on the promise of eternal youth.

Introducing 'Scrotox', or 'ball ironing' as it's more colloquially known, the latest form of Botox whereby guys are giving their testicles injectables in order to defy the signs of ageing down there - 'cos balls get fine lines too, y'know.

It sounds bizarre but doctors are predicting that this ball lifting treatment is on the rise and set to become even more popular throughout 2017.

Just like Botox for your face, the effects can last for around four months and as well as smoothing the skin, ball ironing can also help the testicles to hang lower and appear bigger, something that many men deem attractive.

New York Surgeon, Dr. John Mesa, told Men's Health: “Technically, it’s more painful to get Botox in your groin than in your face because it is a much more sensitive area. But we minimize that with a topical anesthetic. And once the numbing meds kick in, you won’t feel anything.”

One treatment will set you back a cool £400 - £650 which is quite the lump sum to spend on something that few people will actually see. Unless you're a butler in the buff, then maybe it's justified.

We don't now how to feel about this one but one thing we do know is that injecting your testicles has gotta take some serious balls.

12 Reasons Why Botox Is So Damn Popular

Botox For Your Butthole Is On The Rise