by Tolani Shoneye Published on 15 September 2015 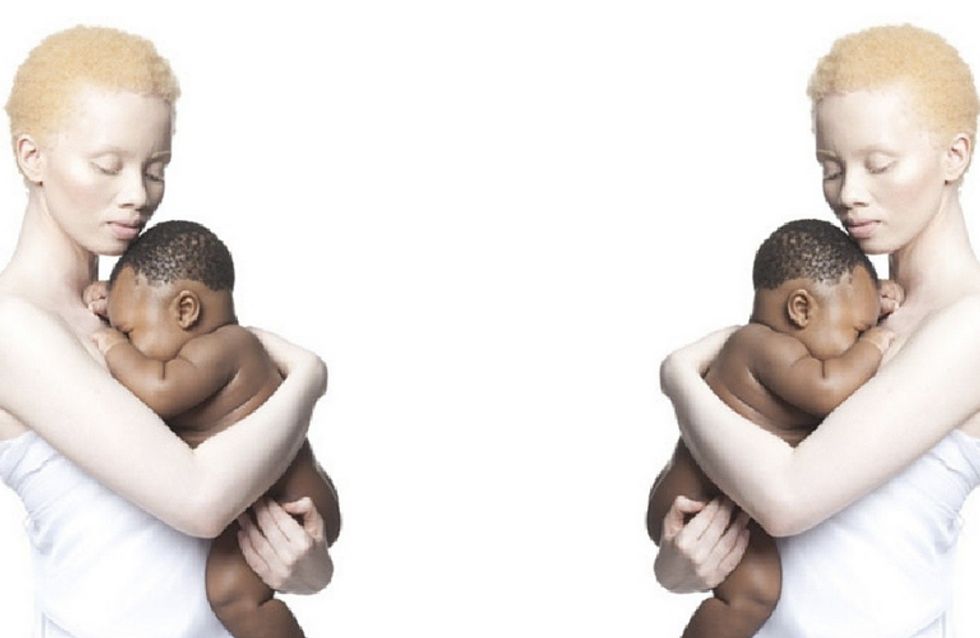 In a generation where we are all so concerned about how we look, and forever trying to aim for perfection, (hello filters and photoshop!), it refreshing to have a movement that not only accepts imperfections, but celebrates them.

#InMySkinIWin, a movement started by albino model Shaun Ross, aims to get people to love their bodies no matter how 'different' it might be.

The model who appeared in Beyonce's "Pretty Hurts" video and plenty of magazine covers started the hashtag after a mother of an albino girl asked Shaun for some words of support. This promoted Shaun to start the campaign to not only redefined beauty standards, but to change the way individuals think about themselves. On his website, Shaun says that" "if one feels confident when looking in the mirror, then the negative words of others don't sting as much. In My Skin I Win is a movement for anyone who has ever felt defeated by a negative social construct of what beauty actually should be. Beauty is you and what you make from your confidence in your own perfectly imperfect body."

As well as encouraging people to love themselves, Ross hopes the movement can raise awareness about albinism. As the skin condition is still seen as a taboo in many parts of Africa, especially in Tanzania and Zambia, where albinos are believed to possess magical powers and are therefore tortured and killed for their body parts to be sold.

In order to support this movement people have been using the hashtag #InMySkinIWin to share beautiful images of themselves, and it's glorious.

#mcm he is so handsome. Justin is a model from bronx, NY. #inmyskiniwin #albinism

@adjovi9winnie tagged me to @thandohopa 's picture on @sheabuttercottage 's page This is one of the most beautiful pictures I've ever seen! It then occurred to me that I may not have an albino child. I'd probably have dark skinned kids! Made me wonder what my mum would have felt when she gave birth to me. Thankfully she had one before me so with me, she probably didn't freak out much! I have better days ahead, God willing! Taking a baby picture like this is worth looking forward to! #inmyskiniwin #albinismandI

Are you inspired by this movement? Tweet us @sofeminineUK

Photographer Is Celebrating Different Beauty Ideals In The Most Beautiful Way

Metallic Hair
by the editorial team