This Is Why 'Chinplants' Are The New Boob Jobs 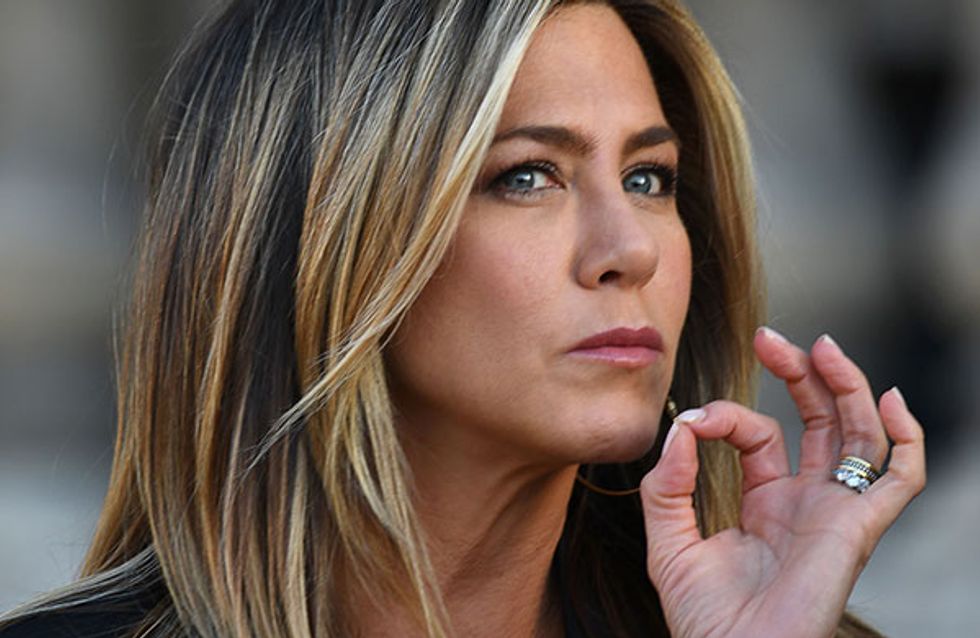 Have you ever stared long enough at your chin to think 'that could definitely do with a tweak'? Er no me either, but apparently a huge amount of people have and are going to extreme measures to trade in what they were blessed with to emulate their favourite celebrity's jawline instead. Enter the chinplant which is now replacing the boob job as the nation's favourite cosmetic surgery procedure.

Forget boob and butt jobs or even pout-enhancing fillers because they're old news thanks to our girl crush Scarlett Johansson who has single-handedly sparked a boom in 'chinplants'. Yep, apparently chins are the new breasts with celeb-inspired 'chinplants' now the fastest growing cosmetic procedure among image-conscious Brits.

There’s been a massive 60% rise in chin implant cosmetic surgery in the past seven years in the UK, according to cosmetic surgeon Dr Julian de Silva. 'Chinplants' have enjoyed a surge in popularity because it is a very low-risk procedure which can 'greatly improve the harmony of a patient's face'.' Right. He believes this directly correlates with our obsession with selfies and the look of our fave celebs.

Scarlett and her distinctive heart or V-shaped chin, and Angelina Jolie's super-smooth jawline are the female celebrities whose chins women want. While Ryan Gosling is the star men are most keen to copy. Yep, men are getting chinplants, too.

What exactly IS a chinplant?

If you're squeamish you may want to sit this one out because things are about to get semi-graphic. Cosmetic surgeon Dr De Silva says, "Chin deficiency is usually apparent on looking at a person's side profile - the chin should align with a vertical line drawn through the philtrum (the junction between the nose and the upper lip).

"In a chinplant, balance is provided with silicone implants which are sculpted to fit a patient's individual jawline. The implant is inserted into the chin under local anaesthetic by making a small incision under the chin in a natural, hidden crease. The stitches are removed a week later and the implant requires no further management. Some patients have chin implants on their own while others combine it with rhinoplasty, a facelift or neck surgery to enhance the final result."

The top 8 types of chin

This is the shape desired most of all by women when seeking changes to the shape of their chin. Dr De Silva explains, "This slightly V-shaped or heart-shaped chin is the most desirable. You can see its shape very clearly in Scarlett Johansson's beautiful face."

This type of chin is also considered to be beautiful and striking. Completely square at the bottom, it suits both sexes. "This is the one I am most often asked to replicate along with the V-shaped chin like Scarlett's. Angelina has a beautifully proportioned square chin and a profile that many woman desire," Dr De Silva explained.

This a chin which juts forwards slightly and is particularly noticeable, adding more character and personality to a person's face.

This is a chin with a slight kink in the middle. Lots of female stars with slightly less-pronounced chin dimples have it such as Christina Hendricks. "Although chins with a dimple were once more popular, these have largely gone out of fashion, and some patients have preferred to have their dimple reduced, often with the use of fillers," Dr De Silva said.

Hollywood beauty Marilyn Monroe had surgery to reshape her weak chin right at the start of her screen career back in 1950. X-rays from her cosmetic surgeon emerged after her death showing that Marilyn had had cartilage implanted into her chin to give her face more balance.

This is another very popular chin shape. It is slightly less defined than the square variety and people with round chins are said to have warm and welcoming faces, just like Rihanna.

People with long chins are often said to be artistic and expressive. Jennifer Aniston has a striking, long chin which really augments her facial beauty.

If you look carefully at Gwen Stefani's face, you will see her chin is slightly shorter than her nose.

Would you ever consider getting a chinplant? Let us know @soFeminineUK

Could Feet Fillers Spell The End Of High Heel Pain?