Playsuits For Men Now Exist And We're Really Not Sure 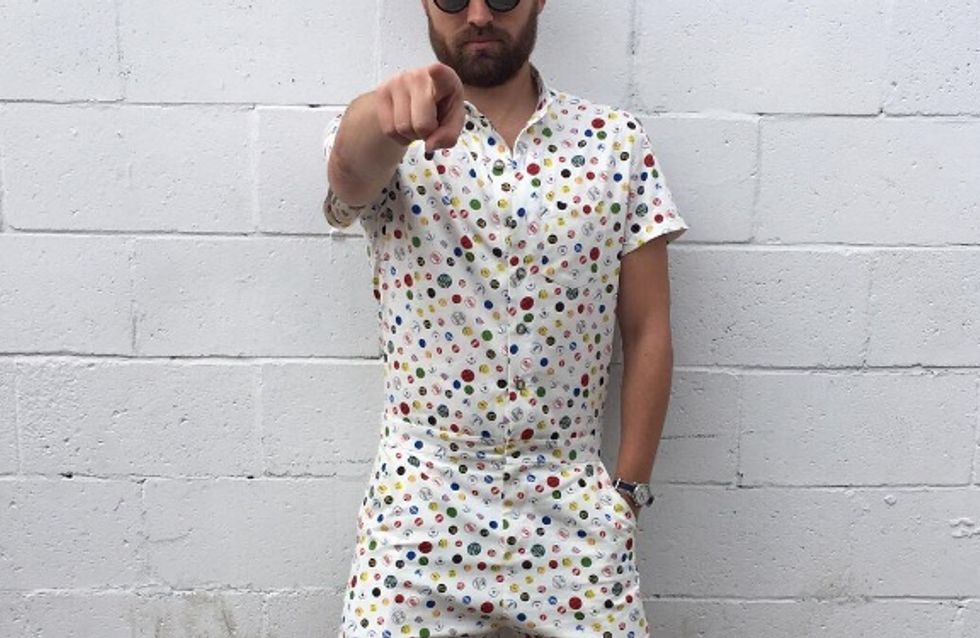 As I sit wearing a red skirt and pink t-shirt, I'm well aware that fashion rules were made to be broken, but just like Kylie Jenner and Tyga's relationship, some combinations just aren't meant to be which brings me onto the divisive subject of playsuits for men. Yep, button-up rompers are officially a thing for the opposite this summer. Think of them as the Marmite of the sartorial world - but do you love them or loathe them?

Rompers, playsuits, all in ones, whatever you call them, you'll know what we're talking about. They've been a holiday must-have since way back; the perfect beach cover up, night out attire - not to mention the ultimate solution for post-dip soggy bikini 'mares. But you might want to hide your collection from your boyfriends because they've officially become a trend for blokes now, too.

The hilariously titled 'RompHim' is the brainchild of ACED Design - a Kickstarter campaign with big dreams of making it to the mainstream. Apparently responsible for 'turning heads and breaking hearts' (their words, not ours), the RompHim is designed to be worn at 'concerts, beach days, pool parties and lesuirely strolls' to 'keep you cool as the days heat up'. If your idea of summer goals is twinning with your significant other, then this may be what you've been waiting for. If it's not however, then look away now.

Each playsuit comes complete with a front pocket, adjustable waist tabs 'to get you the most flattering contours possible', zip-up back pocket, zipper fly and deep front pocket. There's also a choice of three designs currently in the range: red chambray, blue chambray and splatter print cotton. So Coachella darling.

Onesies for both sexes were one thing but a romper for the masses? We're not so sure. Is the Romphim a sartorial crime as shocking as the time ASOS tried to make chokers for men happen, or the most covetable trend since boyfriend jeans? Only time will tell.

Do you think rompers for men are a do or a don't? Let us know your thoughts @SoFeminineUK

This Blue Ikea Jock Strap Will Haunt Your Dreams