by Lareese Craig Published on 9 December 2013 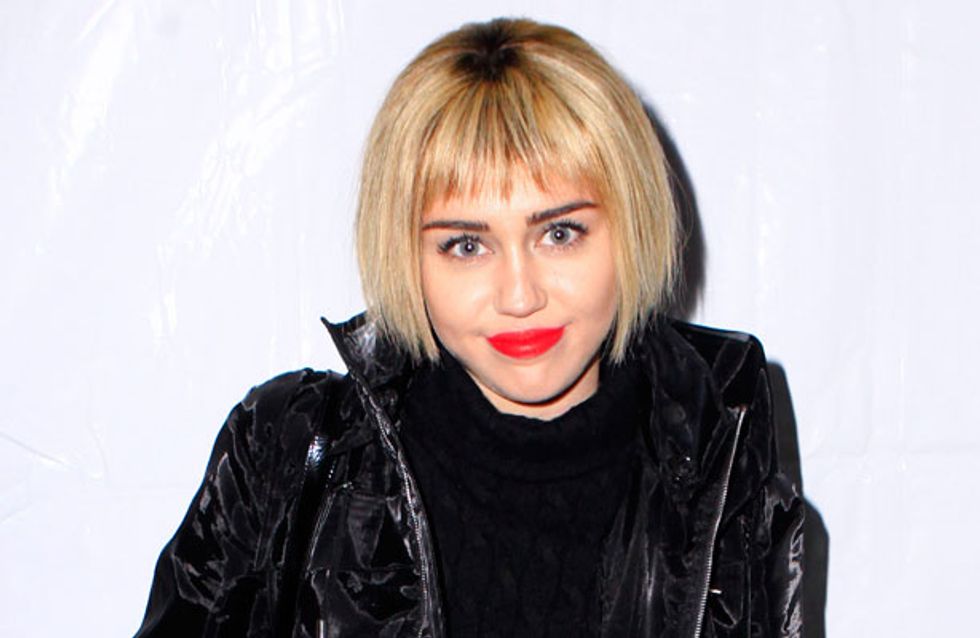 Miley Cyrus has been rocking her peroxide pixie crop for quite some time but now she's back to her old tricks again. She's debuted a more conservative hairstyle with extensions, darkened roots and a micro fringe - is the Hannah Montana bob on its way back? Make way for image overhaul take two.

Here's a Monday morning shocker for you, Miley Cyrus is growing out her pixie crop and she's taken to wearing more clothes for the occasion too.

The 21-year-old showed off her new do at the 24th Annual KROQ Almost Acoustic Christmas at The Shrine Auditorium in Los Angeles on Saturday night.

Her grungy grown-out roots were on full display too - perhaps she' s putting her peroxide days to one side?

We knew a change was coming when she revealed she was bored of her boy cut and "secretly tugging on it every night to make it grow."

Purple wigs, pixie crops, punktastic pigtails, Miley's certainly not shy of trying new things with her tresses but this halfway haircut isn't wowing us just yet.

Growing a short hairstyle out can be tough but has she never heard of bobby pins and a bit of lacquer?

To add to her new look, Miley decided to dress weather-appropriate (for once) and wrap up in a Maison Martin Margiela raincoat, black sweater and trousers.

Is this the same girl that only a few months back was twerking on stage in beige PVC hot pants, jabbing a foam finger in the air?

We're not bowled over with the mop-head look but we're hoping this is the start of a brand new phase for Miss C.

What do you think of her new bob and bangs? Tweet us @sofeminineUK 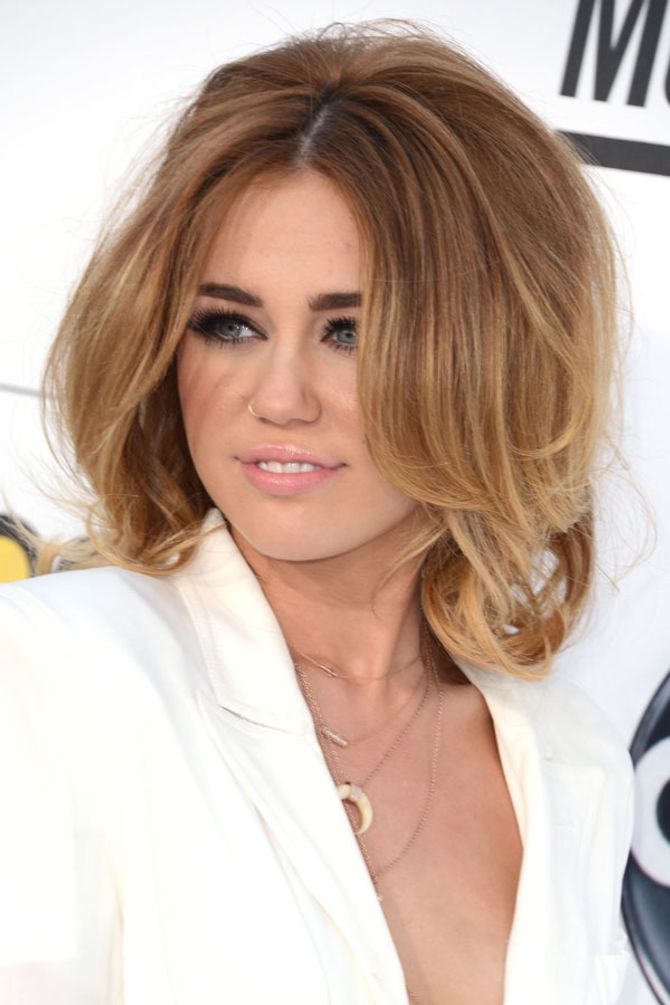 Lareese Craig
…
#Hair Trends
From hair ideas to outifts, look no further for your daily inspiration