Check Out This Completely Mesmerising Ad For Kenzo Perfume 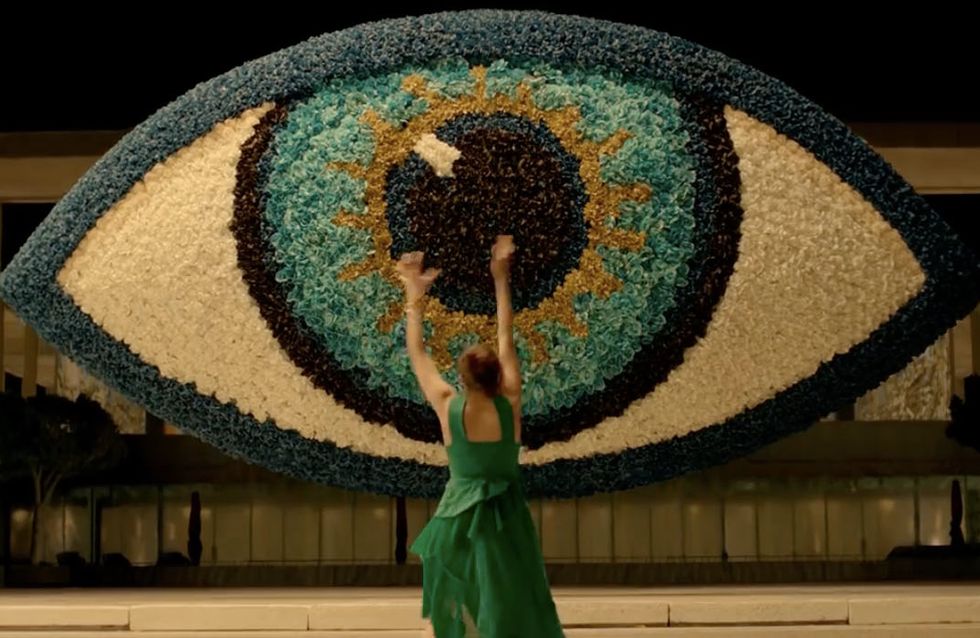 It's common knowledge that adverts for luxury perfume brands are going to be beautiful, tedious affairs with sashaying women, topless men and plenty of wind machines. I mean, we love Charlize Theron but if we see her strut down one more gold hallway, we'll scream. Which is why it's so refreshing that Kenzo have gone against the grain for their latest ad campaign. Sure the women are still beautiful, but the dance moves are insane.

Let this sink in: Kenzo's new campaign for their latest fragrance Kenzo World is directed by Spike Jonze. Should it work? No. Does it work? Oh my gaahd yes.

For those not au fait with Mr Jonze's work, you may recognise him as the director of several well loved, quirky films such as Being John Malkovich, Where The Wild Things Are or, most recently Her, the movie that chronicles one man's romantic relationship with his iPhone (man played by Joaquin Phoenix, phone played by Scarlett Johansson). For my millennial gurlz, you may recall his face from Girls episode "Home Birth", where he cameoed as Marcos the music label head who helps Marnie, or as the director of Jay Z/Kanye West collab vid for "Otis". Jonze actually came from humble directorial beginnings in music videos, his most memorable probably being Fatboy Slim's "Weapon of Choice", which featured Christopher Walken dancing through a hotel lobby.

This new Kenzo ad is a hark back to the 2000 Fatboy Slim video, only this time instead of Walken it features Nice Guys actress Margaret Qualley. (And the song is a little more... erratic). It starts the way most perfume ads do: beautiful girl, boring event. She makes an excuse to leave, walks out defiantly and a groan almost settles in your throat. "Let me guess - you're not going to be the person people expect you to be anymore?" You lament, ready to switch it off. But woah there, cowboy! Think again, because what follows is Ms Qualley throwing some crazy shapes. Like, seriously: keraaazy moves. But what do you expect from a classically trained dancer like Qualley teaming up with the guy behind Sia's "Chandelier" video?

Also, there's lasers. I mean, what more could you really want from a luxury perfume brand ad?​ Check it out below.

What do you think of Kenzo's new ad? Cool right? Let us know! @sofeminineUK

​​#NationalFragranceDay: The Ultimate Guide To Which Perfume Suits Your Personality

All The Best Bits From The MTV VMAs 2016